In 2005 the Conservation and Restoration Centre (CCR) was established inside the historical Reggia di Venaria Reale complex and is now considered a true Italian centre of excellence. Its Secretary General, Elisa Rosso, tells us how its students become highly-qualified restorers in demand across the world. 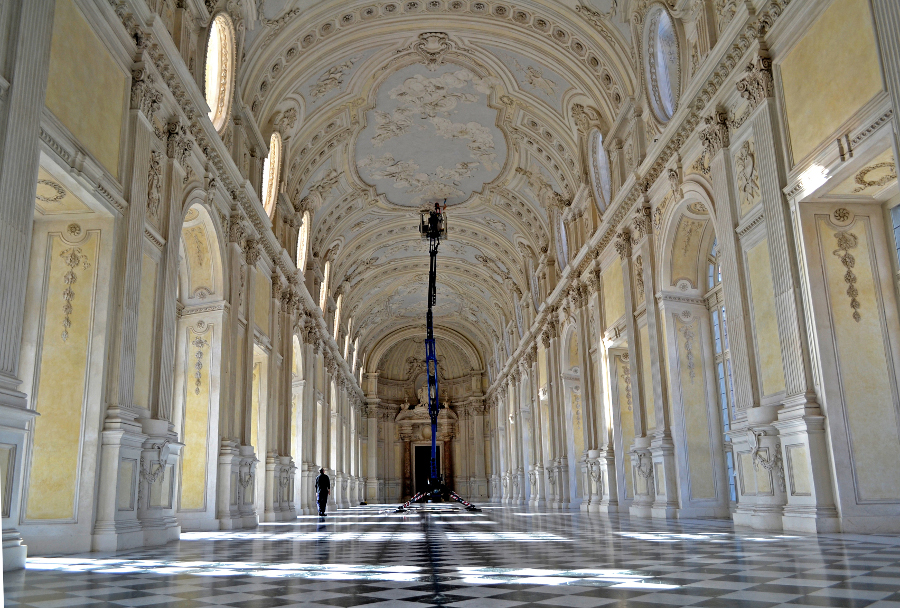 How did the CCR come about?
The decision to establish the Centre ran parallel with the redevelopment of Reggia di Venaria Reale which, at the end of the 1990s, was in a state of total disrepair and neglect. At the time, local institutions and the Minister of Cultural Heritage, Walter Veltroni, devised the idea of a large project financed partly by European funds and partly by the Italian government: a centre which right from the start would conduct research, training and work in the field of restoration and conservation of cultural assets. The demand arose not just from the need for a third centre in Italy, alongside Rome and Florence, but also for the specific issue of the heritage of the Savoy residences. The founding partners are predominantly public institutions – the Ministry of Cultural Heritage, the Piedmont Region, the City of Turin, the City of Venaria Reale, the Metropolitan City of Turin and the University of Turin – and private institutions – the Compagnia di San Paolo and Fondazione Cassa di Risparmio di Torino.

How is the course structured?
It is a five-year course divided into different areas of activity. Right from the beginning, students need to know which direction they wish to take and have very clear ideas. The entrance exam includes theoretical and practical tests as well as manual dexterity tests. We only take 25 students each year who receive close and careful supervision as 50% of the work is done in the laboratory and 80% is carried out on works which are protected under cultural heritage. In the summer, students work on collaborative projects with museums and cultural institutions on real sites throughout Italy and abroad. It is extremely demanding for the students, financially as well, but everyone, or almost everyone, completes the course. Moreover the degree is also a qualification in practising the profession because it is awarded at the same time as the diploma. The new graduates are professional restorers, qualified in accordance with the cultural heritage code.

With their extensive scientific knowledge, both theoretical and technical, what are the students’ prospects in the market?
Many move abroad. Young, motivated, and with no commitments, our restorers can gain experience in other countries, e.g. Russia, United Arab Emirates, Qatar, United States, England, and France… because restoration requires very different techniques and methodologies from country to country. Unfortunately in Italy in recent years the market has contracted greatly due to the crisis. The market is public by its very nature (large restorations are carried out on works which belong to the community and public resources have actually decreased), which often leads to competition among companies to reduce prices. Of course any talent moving abroad is a lost investment for the community but these young people will not necessarily stay abroad forever. Statistics show that our new graduates are highly qualified with a 98% employment rate. We ourselves involve them in many of the restoration works we undertake on behalf of third parties.

Here at the CCR, in addition to ancient restoration, is there much importance given to the restoration of contemporary art? What problems does this present?
There is a false belief that contemporary works don’t require restoration simply because they are contemporary, but often material which is 50 years old has already undergone some degradation and requires work. There are many reasons for this: use of poor materials not made to last, the ephemeral, transitory nature of the work as per the artist’s concept, the use of materials such as plastic which have no tradition of artistic use and are still in the study phase. In some cases the artist is still alive and is consulted to find out what ideas he has about his own work, to analyse technical and material issues and to share restoration methodologies. A damaged work which can’t be put on show will see its asset value go down with all the problems that entails.

Is it true that restoration today, rather than repair the work, aims to preserve it and prevent deterioration, and to maintain the restoration over time?
There is a lot of attention now on preventative conservation. This is what we are doing with the royal European residences: monitoring them to reduce the degradation process. In the Piedmont residences, for example, there is a lot of work being done on thermo-hygrometric conditions, placing sensors which display the temperature and humidity, especially in places where there is no constant human presence. At the CCR we are currently focusing on a project to conserve various ecclesiastical assets.

How do objects requiring restoration reach you?
They come from public and private institutions via a network of relationships built up by our team of art historians. After the object has been identified, the diagnosticians and restorers get to work, sometimes even on previous restorations because techniques have changed even since the 1990s.

How long does a restoration take?
It varies a lot depending on the object and the problem. In-depth diagnostic analysis has been a real evolution in restoration in recent years. However, it’s manual work and difficult to increase productivity; the work doesn’t allow for automated processes.

Do you collaborate with the centres in Rome and Florence?
We collaborate very closely, focusing primarily on research and analysis.

In what way is your work excellent?
I would say it’s due to methodological rigour and the application of a multidisciplinary method which has made the restoration process extremely accurate. We have scientific and restoration laboratories to carry out fact-finding investigations on objects which private restorers don’t or can’t do. 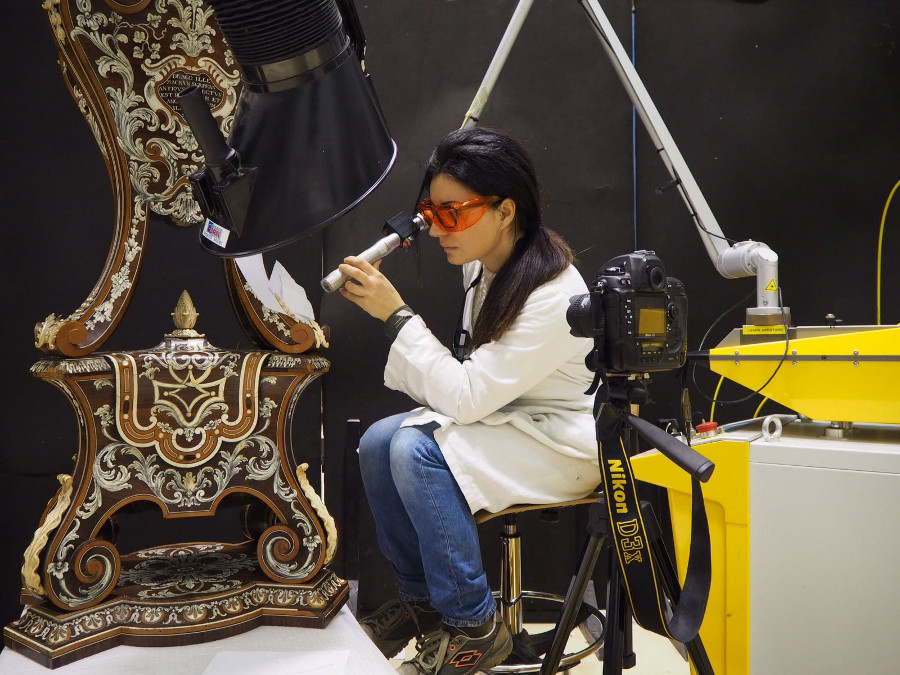 Art in the time of the pandemic. The retrospective dedicated to Edward Hopper, underway in Basel, Switzerland, is a good example of how artistic fruition changes due to the measures of prevention of infection
Read more
Art & Culture

Tireless and passionate, linked to the history of Italian fashion, Bob Krieger has interpreted a particular and always recognizable idea of ​​portrait and has represented Italian Style in the world, especially in the period from the sixties to the nineties
Read more