Maisìa, the concept of woman in the fragrance by Gabriella Chieffo

The 2016 collection opens with Maisìa, a fragrance that tells the story of a sensual and head-strong woman silenced by demonic beauty and accused of witchery owing to her deep knowledge of nature and its remedies. As was often the destiny of women that had an understanding of the curative power of herbs; frequently accompanied by the infamous suspicion they used this power to “infatuate” hearts. The fatal pairing of beauty with knowledge becoming a sin only atonable by death at the stake.

Maisìa is the formula used to ward off evil, it is the crowd’s jeering cries at the woman who refuses to cede to intimidation and remains faithful to herself right to the very end, aware of her innocence and that she gave her heart to just one man: the same man who will watch her die, standing powerless and passive at the side-lines. A culmination captured in the fragrance image when with extreme sacrifice Maisìa loses her life, while at the same time redeeming her principles which will last, intact, as a warning.

The fragrance opens with the green notes of ficus leaves and the sour notes of bergamot and lemon, as if to seal our heroine’s visceral link with nature, then immediately flared up with the hot and spicy “fiery notes” that define Maisìa’s temperament.

Dominating the heart notes is ficus, a sensual plant full of mystical significations, linked to the head notes, a balance between the “green” and the “fleshy”, immediately drawn out through the voluptuous “touch” effect of the narcissus and the broom, giving you the impression of feeling the heroine’s velvety skin.

Closing the olfactory pyramid are smoked guaiacum wood, sandalwood, black amber and a note of ash, expressing the final scene of the story. Maisìa is a fragrance both fresh and warm, clean and linear, using its story to seal the link with the previous collections, which with it shares an olfactory signature and dry down.

For the preview of Maisìa, the fragrance opening the 2016 Collection, Gabriella Chieffo threw herself into an in-depth scientific study on the topic of “light and shadow”. The idea was to perpetuate the connection that has always linked the brand to art, bringing to life a unique installation giving shape to the immaterial.

The installation presented at Exsence 2016 was a sculpture of lights and shadows where the absence of material gives shape, an absence strongly stating its presence. The void therefore becomes full of signification and gives birth to an unprecedented artistic narrative. An extreme urban landscape frames the incredible sculpture of lights and shadows, rendering Maisìa’s story current and timeless. Maisìa, a woman of yesterday, today and tomorrow, who rises up as a symbol of women throughout time.

Gabriella Chieffo had this to say about her new fragrance: “With the 2016 collection I wanted to celebrate the concept of woman, the extreme incarnation of femininity expressed through decisions of courage, of audacity. A woman who shuns her position of pawn as dealt by destiny and instead decides to make a destiny for herself, challenging conventions and comfortable decisions and taking on the cumbersome weight of complicated decisions and devastating feelings.

A woman wrapped up in life and love, soaked in light and shadow which in a dichotomous alternation tell the multifaceted complexity of her story. 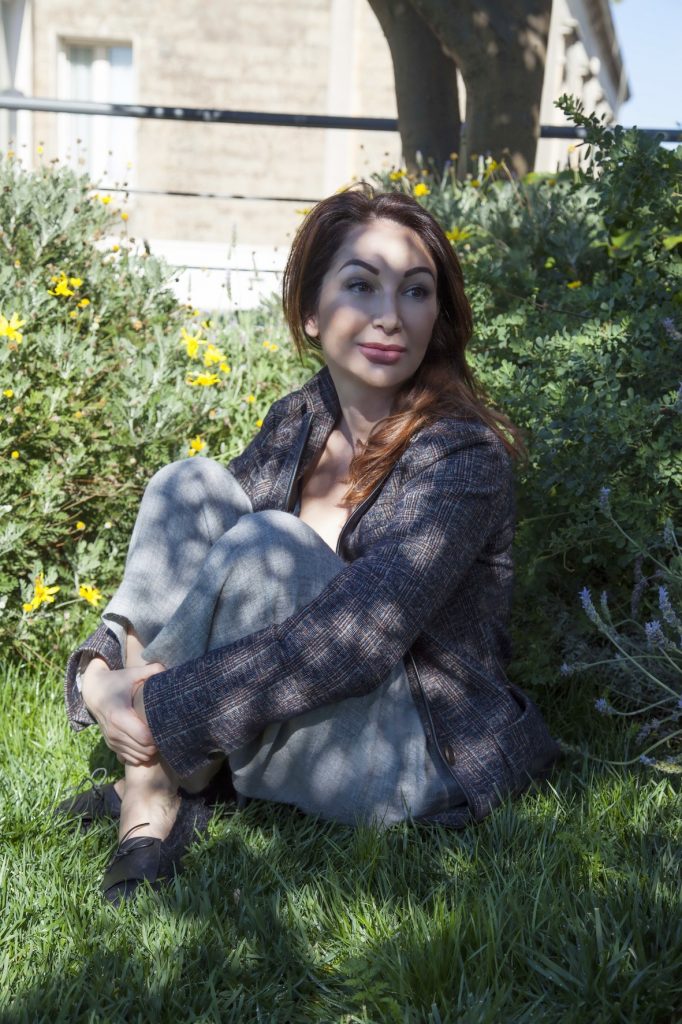 Because the woman of the 2016 Collection is a difficult woman, a woman who instils fear because all she needs is herself. Even at the moment of surrender she wins and her principles survive. She is a woman that compensates for the weaknesses of others and, with her courage, demonstrates the cowardice incomplete men often conceal.

Violated femininity is a tale tragically performed on stage regardless of time and place; a story that does not discriminate by ethnicity, religion or belonging. The woman whose story I wanted to tell through my new fragrances therefore cuts through obscurity and pursues a painful process of lacerating the darkness, becoming a thundering shadow, a cry strongly affirming her existence and that she cannot be ignored.

La Mer Blue Heart: the new project for the protection of the oceans

La Mer, perfectly in line with the tradition devoted to environmental ethics, also announced this year its support for the protection of the ocean with the La Mer Blue Heart operation
Read more
Beauty

The 2020 edition of Cosmoprof Worldwide Bologna has been postponed

Twenty years of make-up, elegance and beauty. A true cosmetics revolution by cutting-edge formulas, innovation and technologies that have walked Armani along its journey through the beauty universe
Read more