Island ownership is it for you?

What do Richard Branson, David Copperfield, Leonardo Di Caprio and Larry Ellison have in common?  They each own their very own private island. But two top entrepreneurs have chosen Fiji as there private paradise of choice, namely Austrian Red Bull billionaire, Dietrich Mateschitz and German, softwear turned hospitality mogul, Christian Jagodzinski who resides on Palm Island in Miami Beach when he’s not jetsetting to one of his Villazzo villas he operates as rentals around the world. 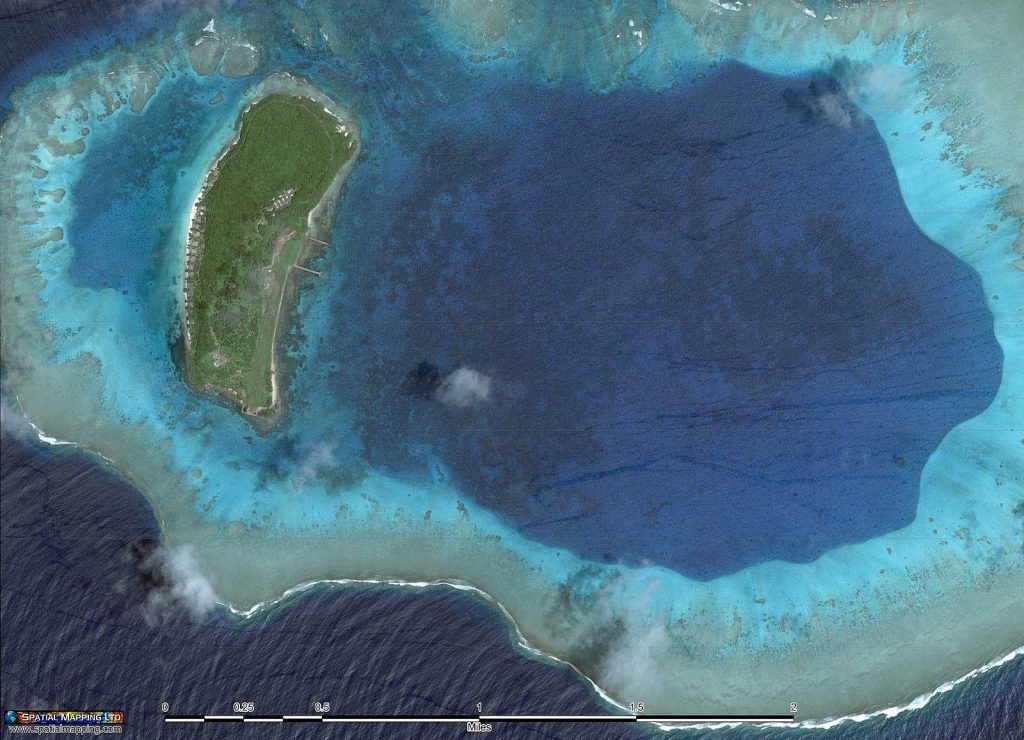 But buying a private island can be a slice of heaven or a slice of hell. Sometimes islands are bought to fulfill a bucket list. Other times it’s for business and sometimes for mixing both pleasure with profit. 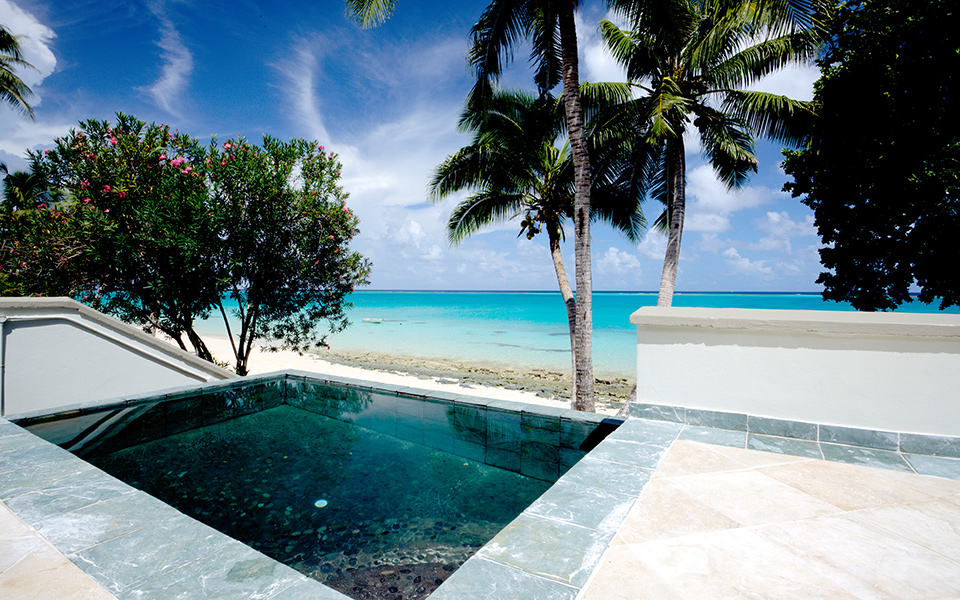 For Miami based Christian Jagodzinski, it was a really a business proposition, but the island attractions did not pass him by. As a windsurfer, he was attracted by the trade winds. As a nature lover, he was intrigued by the lagoon, where dolphins give birth and whales pass by on their migration routes.

From the get go, it was a real estate investment

He recognized that Fiji had a high-end reputation with resorts charging handsomely, but no real 5-star experience being delivered. He favored Fiji also because the locals speak English, are very friendly and labor is inexpensive. Thus, he believed they could economically develop a real luxury resort offering Aman-like services and attract top UHNW guests. 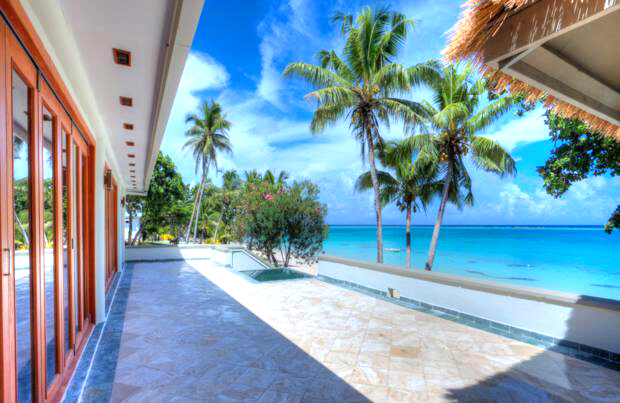 Jagodzinski’s plan was not to be the on-site developer.  He was approached by a Fiji native schooled in Paris who introduced him to his American partners from Los Angeles who owned the land and lived in Fiji. The partners had done their due diligence for over 10 years looking at islands like the Marshall Islands and many more, but not enough infrastructure was in place. 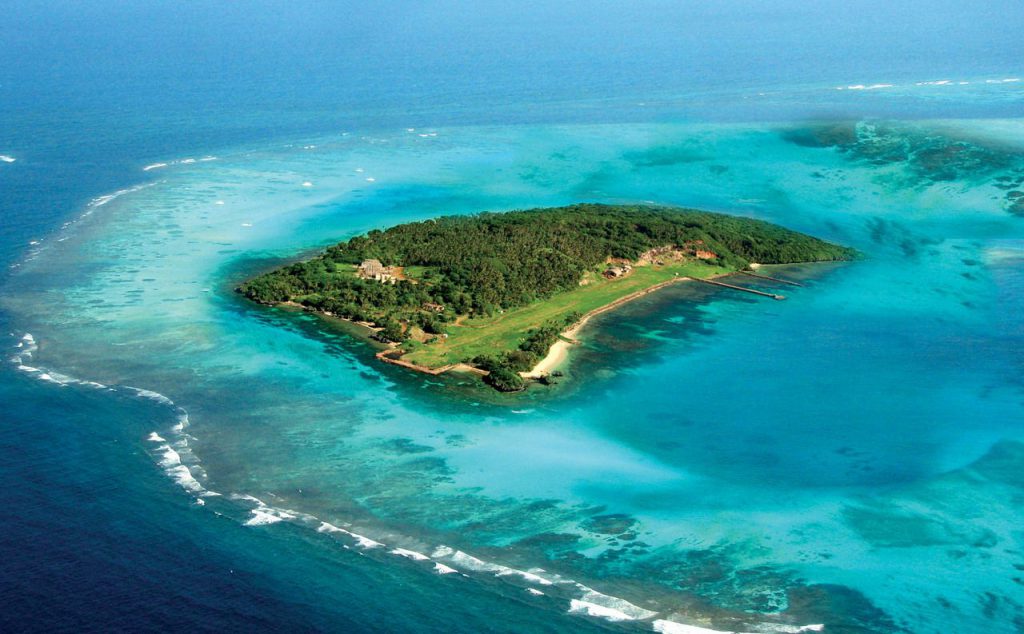 Fiji is considered a top South Pacific Island with some infrastructure to operate a business. French Polynesian islands have French speaking, more expensive, less motivated workers. The Maldives are flat, while Fiji is more mountainous with varied terrain. Plus, the Fiji island selected by Jagodzinski’s partners, Katafanga Island, has a lagoon with calm waters, long beaches facing west for spectacular sunsets, clear water and topography that is not too flat or too mountainous. Plus, at 225 acres, it is not too big or too small.  This criteria fit the bill for building a runway, an integral part of the master plan to be a success. And the island is Freehold, another important factor for ownership.

Katafanga Island is a bit bigger than Fisher Island in Miami. In 2000, Jagodzinski bought into the project as a 50% investor with the land owners having the other 50% ownership.  From 2001 to 2004 they started on the infrastructure of the island including adding the runway, water reservoir, electricity, jetty, ring road, clearing construction sites etc…

Jagodzinski had planned to be a passive investor, only visiting once a year for a personal progress report and enjoyment. When he bought into this Fiji project he was fearless.  He had experience building villas in Miami and did that successfully. Their plan was to build 20 villas which they felt did not need to be branded as long as they delivered the 5-star services.

Developing an island is more complex than on the mainland. You have to bring in supplies by barge. There is no Home Depot around the corner

remarked Jagodzinski. First they had to build employee housing for 300 workers.

We needed specialists matched with generic laborers. We also needed to be self-sufficient so we brought in our own pigs and chickens and fed them locally grown bananas and tomatoes. We also required a back office

shares Jagodzinski. But as the years went by, Jagodzinski learned that his on-site team could not bring the project to the finish line. So then he stepped in and built the first villa himself in 2010 which he enjoyed occasionally over the years. 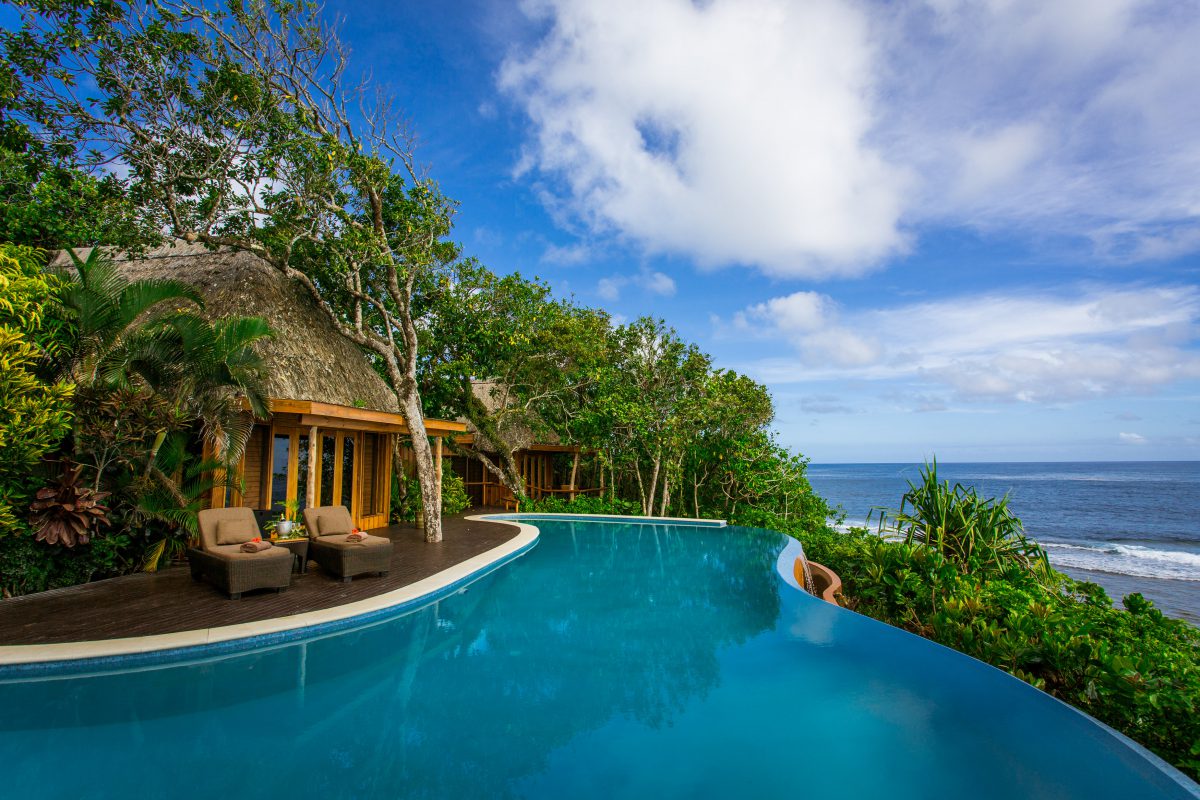 Today, Jagodzinski really just wants to move on and sell Katafanga Island as his main business concerns are in the U.S. and Europe.  He never really wanted his own island as a private exclusive getaway. He is a businessman first and foremost. He sees the same potential as 17 years ago when he first invested in Katafanga.  But it is too far away for him to personally oversee.

states Jagodzinski. Today as part of his exit plan, he is asking a reduced price of $20million for Katafanga Island which includes the infrastructure that was added to the raw island which can easily cost that much alone.

Before the first villa was built, the island was appraised at $44million and can go north of $65 million to over $250 million when all the new construction is finished. After all, the Red Bull billionaire’s Fiji  island became worth about $250 million when he finished building his 15 villas on his idyllic paradise.

When you do top of the line construction and appeal to an ultra high-end clientele, the sky is the limit

Jagodzinski has personally been to many islands from the Caribbean to the Seychelles to Mauritious and was too often disappointed.

To me, Fiji is even more beautiful in real life with nice people. It really has it all there from surfing to sailing to snorkeling.  It is just missing the quality of construction which a new developer can come in and do with proper execution

After all, Fiji is blessed with 333 tropical islands formed by volcanic activity starting around 150 million years ago. Fiji has been inhabited since the second millennium BC and is considered the hub of the South West Pacific. Today the Fiji Islands are home to some of the happiest people on earth.

Jagodzinski is ready to pass the baton to the next investor to enjoy his slice of heaven on earth that is just 1 hour from Nadi International Airport.

Unlike American multi-millionaire, Malcolm Forbes who had just about every toy a titan could want, but did not want to part with his Fiji Island when he passed away, Jagodzinski is ready to move on while he is still a mortal.