Astounding success for the 6thedition of the “Italian Masters” charity auction, organized by the Montenapoleone District association in collaboration with the Grandi Cru d’Italia Committe and conducted by Christie’s in the splendid setting of Sala Tiepolo at Palazzo Clerici, Milan, during “La Vendemmia”. Over 45,000 Euros were collected from the sales of exclusive wines produced by the Grandi Cru d’Italia Committee’s prestigious wineries, and they will all be donated to Dynamo Camp. 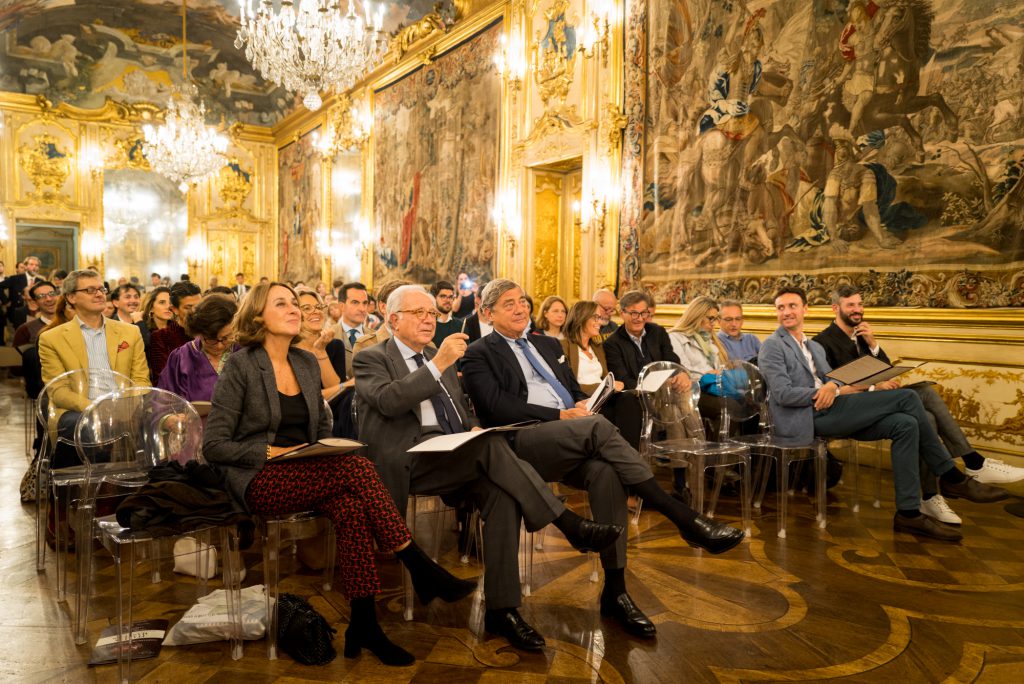 Several batches of vintage collection bottles – from special years and formats – doubled their values. The auction also featured a batch of white truffle from Alba courtesy of the Alba International White Truffle Fair (whose 89thedition will take place October 5 to November  24), two artworks created for Dynamo Art Factory by Omar Hassan and Mirko Baricchiwith the help of children and youth from Dynamo Camp Onlus, and one piece from Francesca Pasquali’s“Straws” series, resulted from her performance last Tuesday in the court of Palazzo Clerici, renamed “Casa Vendemmia” for the occasion. 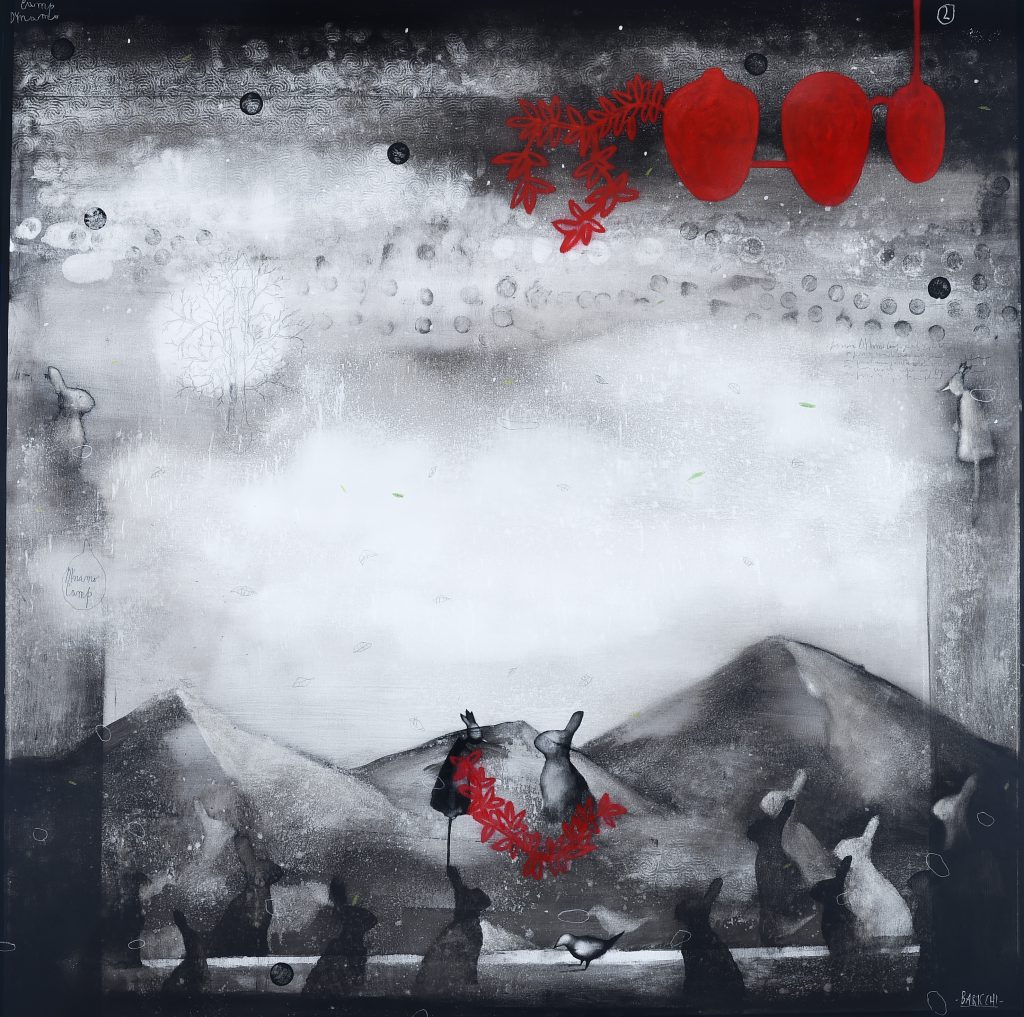 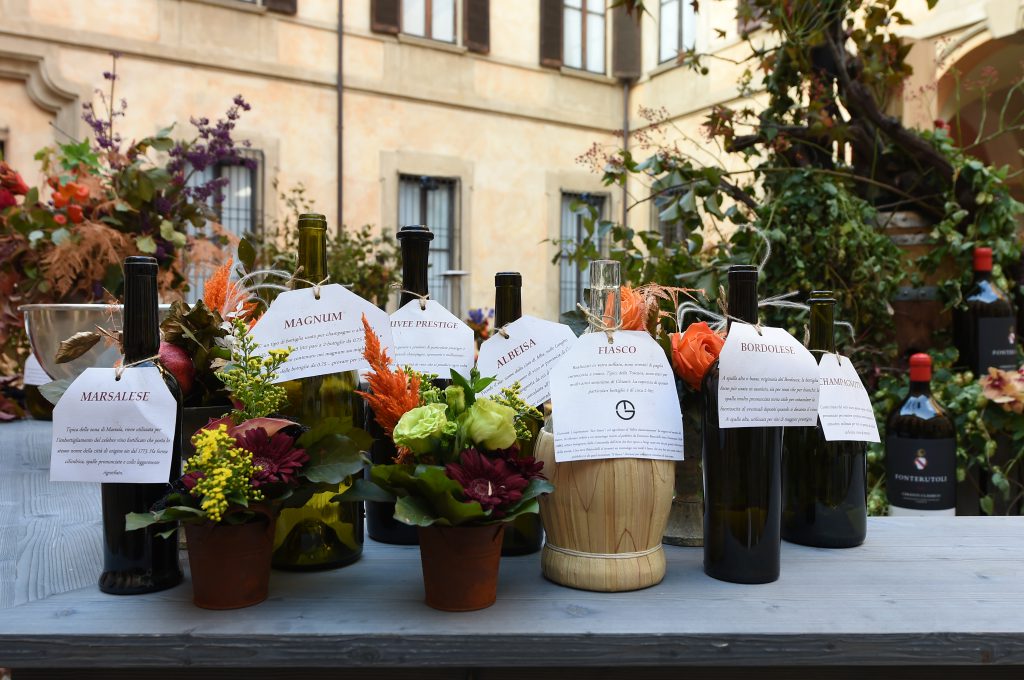 Running until October 13, the ten-year-old event “La Vendemmia”, conceived and promoted by Montenapoleone District and createdin collaboration with the Grandi Cru d’Italia Committee, celebrates the passion for excellence shared by the most sophisticated fashion and premium wines, two worlds that represent together the finest taste and lifestyle. With the participation of the city’s most exclusive restaurants and 5-star luxury hotels, La Vendemmia 2019 will see one hundred and six boutiques from via Montenapoleone, via Sant’Andrea, via Verri, via Santo Spirito, via Gesù, via Borgospesso, via Bagutta, via della Spiga – attending for the second year in a row – and for the first time, via San Pietro all’Orto.

A Wine Tasting is scheduled for Friday 11that 7pm at the Four Seasons Hotel, where guests will have a chance to taste an exclusive selection of labels by the Grandi Cru d’Italia Commitee.

Part of the VIP Pass, Discovering is an initiative featured in La Vendemmia’s program for the first time this year and aimed to discovering three gems of the city center: a time travel in hospitality at the Museo Bagatti Valsecchi in via Gesù 5 on Wednesday, at the Museo Poldi Pezzoli in via Manzoni 12 on Saturday and at the Gallerie d’Italia in piazza Scala 6 on Sunday.

On Friday and Saturday, this exciting week will end at the Boutiques, where owners of the VIP Pass will have a chance to enjoy the Shopping Experience while sipping from a wine glass courtesy of the partnering winery, and taking advantage of exclusive services such as a dedicated sales assistant and hotel or home delivery. They will also benefit from the exclusive privilege of booking a Winery Tour to visit some of the most impressive Italian wineries and of participating in the Truffle Tour – a truffle hunt with a trifolau, a truffle searcher – presented by the Alba International White Truffle Fair.

To celebrate the success of the format, the 3rdedition of La Vendemmia di Roma, Rome’s version of the Milanese event, will be running from October 14 to 20. Organized by Andrea Amoruso Manzari with the patronage of the Via Condotti Association, La Vendemmia di Roma will be held this year in the capital’s historic center, in Via Condotti, Piazza di Spagna, Via Borgognona, Piazza San Lorenzo in Lucina, Via Bocca di Leone, Piazza San Lorenzo in Lucina and Via Fontanella Borghese. The edition’s format features a dedicated App, “VIP Lounge Experiences”, a Wine Tasting from the Gran Cru d’Italia Committee, educational Sell Trainings for luxury operators and the extraordinary, unprecedented Vendemmia Young, a party night exclusively open to Millennials. Over one hundred boutiques are taking part in the event: for the first time, shops from the Fiumicino Airport’s Terminal E will be attending too, following an agreement between Andrea Amoruso Manzari’s agency and Aeroporti di Roma.

The first MY BEST CAKES @cakesawards competition ended with great success, capturing the interest of a community of almost 5000 people with the participation of over 200 enthusiasts who presented their splendid pastry creations.
Read more
Dolce Vita

Milan Fashion Week: The Show Must Go On!

During on online press conference, the President of the Italian Chamber of Fashion (CNMI) Carlo Capasa and Milan council member Cristina Tajani announced the scheduling for the next Milan Fashion Week, running September 22 to 28
Read more