The New ROSE OF THE DESERT

This year marks the opening of the highly anticipated National Museum of Qatar, finally completed after 8 years of work and an investment of 400 million euros. The extraordinary museum located in Doha aims at celebrating the history of the people of Qatar and at becoming an international cultural center, but it also holds an important political value.

The man behind the project is superstar French architect Jean Nouvel, who called it “a modern caravanserai”. The ring-shaped plan of the museum recalls the traditional enclosed spaces used to park caravans while crossing the desert: intersecting pavilions surround a large courtyard and the historic Fariq Al Salatah Palace, built by Sheikh Abdullah bin Jassim Al-Thani as his residence and seat of government. 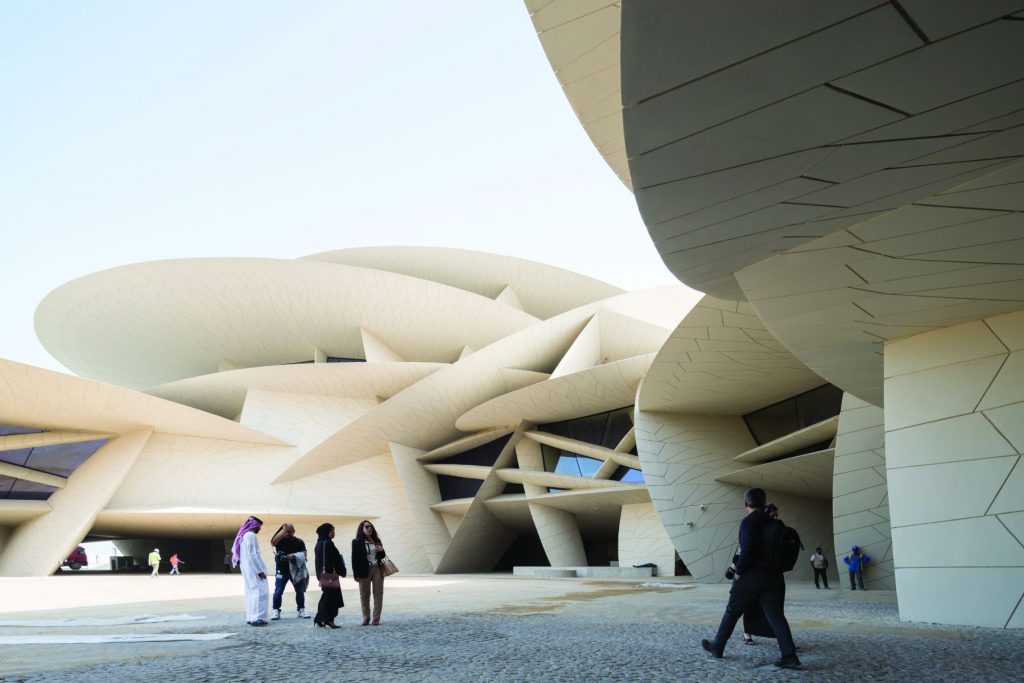 The museum, prominently located just south of Doha, is the first attraction visible to travelers coming in from the airport. A real-life oasis, with a 900-meter long artificial lagoon, 114 carved fountains, and an exhibition space extending over a huge area covering over 52,000 square meters. The floors of the pavilions, the external walls and the roofs are made up of intersecting disks, reminiscent of petals. The interior of the museum covers a distance of 1.5 km, with sand-colored polished concrete floors.

Jean Nouvel, who also designed the Louvre Abu Dhabi, has created an extraordinary architectural work called “Desert Rose”, inspired by the fascinating mineral formations that form under the desert sand and that look like the petals of a rose. 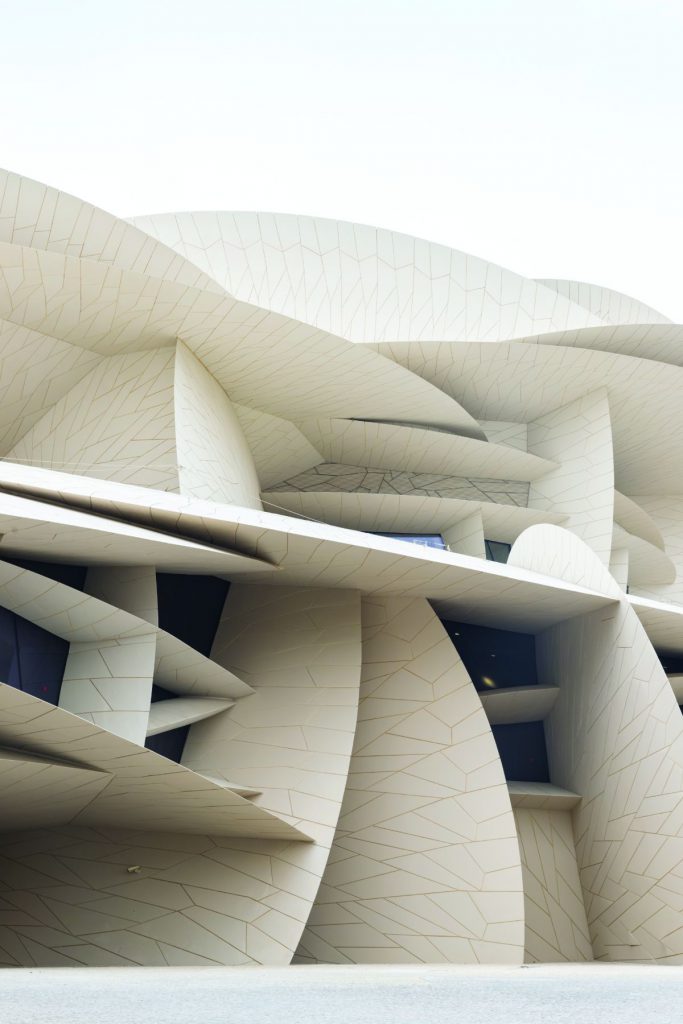 The whole structure is surrounded by a park with scarce vegetation, like a desert, and by a garden with aromatic plants, which hosts a composition of overlapping horizontal and vertical disks: 539 reinforced concrete structures in the shape of petals, which range from smallest (with a diameter of 14 meters) to largest (87 meters), each with a different curvature.

Nouvel was able to combine the genius of its ambitious architectural project with a universal message that holds a strong symbolic value.

The new museum has been called “the new pride of modern Qatar” and it is no coincidence that two women sheiks have been chosen to lead it. The museum’s President is sheik Al-Mayassa Bint Hamad Khalifa Al-Thani, President of the Qatari museums, who commented: “We are moving towards the future, but we also feel the need to keep a strong focus on our identity”.

The direction of the museum was entrusted to sheik Amna bint Abdulaziz bin Jassim Al Thani, who highlighted its cultural mission: “We wanted to transform the history of Qatar into an immersive experience, to show that ours is a journey towards future.”

There is something magical in mirrors, reminding us fairytales like Snow White, reflecting the real you
Read more
Design

Giada arrives in the China World Hotel in Beijing with a mega multifunctional space dedicated to the luxury experience, from fashion to fine food
Read more