When ten years ago Susanna Brown joined the V&A, with the responsibility of curating the photographic section, she began by acquiring, first and foremost, Tim Walker’s photos. Tim Walker is very attached to the Victoria & Albert Museum, which is an inexhaustible source of inspiration for him and for many other artists: it offers a very large and varied collection, which Walker particularly appreciates. The idea behind the “Wonderful Things” exhibition, open until March 8, was simple: it was meant to be a personal retrospective of Tim Walker’s work, including some new shots. 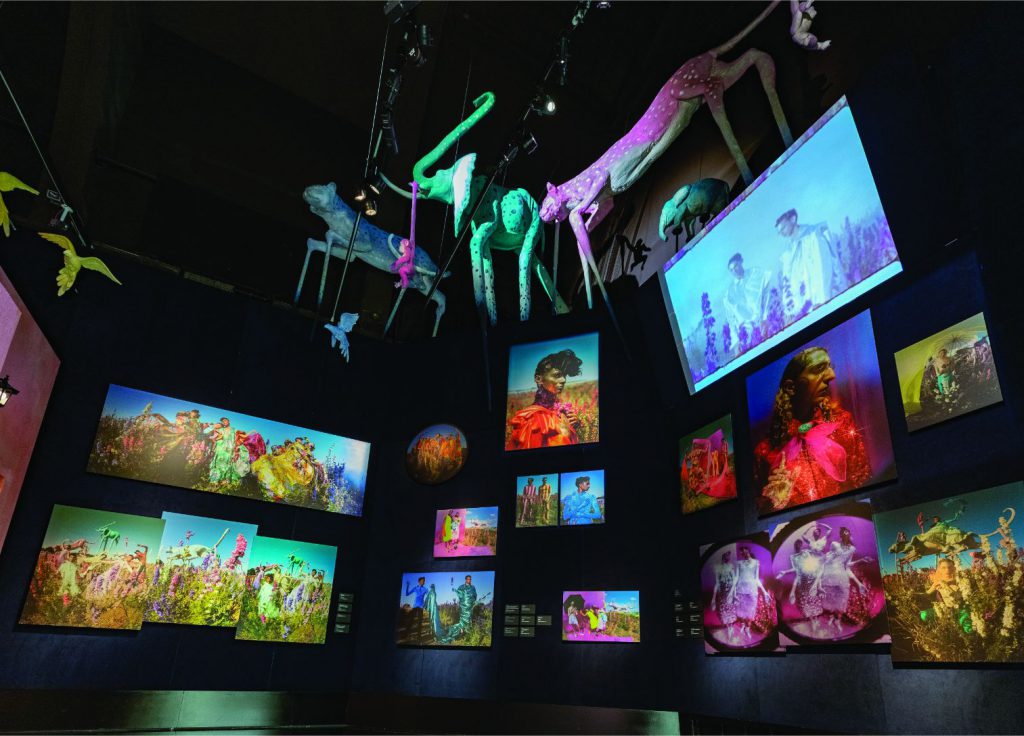 In reality, its realization, the result of hundreds of hours spent investigating objects and hidden corners of the museum, was much more complex. Overall, a year’s worth of research, of shootings and almost a year needed to select the images, even though the artist kept adding new ones until a few days before the exhibition opened. According to several sources, Walker is “the greatest living creative photographer” and, since 1990, he creates imaginative scenarios to celebrate fashion for the most influential fashion magazines such as Vogue, Love, and W, where the clothes seem almost to be an afterthought. He admits that his inspiration can come from anything, from a cookbook, a painting, the fabric of a sofa, and he admires artists like Bosch, whose art is inspired by several echoes and references that follow each other through the darkness, which he then conveys into the world of fashion – a true breath of fresh air. Photography is essentially a series of layers, of consistencies, which dissolve in the glossy light of the bodies. 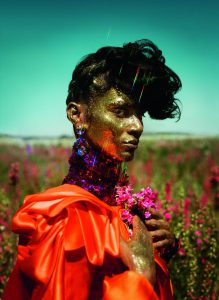 Objects are not only made of their physical aspects, but also of all the emotions they awaken. At his side, for almost nineteen years, we find set designer Shona Heath, who works incessantly not only on the organization, the traveling, packing, unpacking, loading trucks, but also and most of all on the creative aspect, bringing her own suggestions and her typically English aesthetic sense. “All the shots we took aim at communicating my encounter with the sublime,” says Walker, who adds: “For me, anything can be beautiful, that’s why I admire its infinite variety”.

Born in Devon in 1970, the artist began his journey by studying the archive of photographer Cecil Beaton, pioneer of the new fashion, at the Condé Nast library. After following in Richard Avedon’s footsteps in New York, he returned to London, where he published his first story for Vogue at the age of 25. Since then, he has worked for the 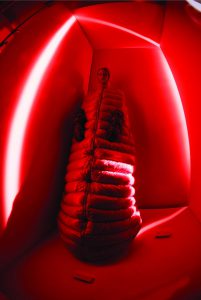 English, Italian and American editions of Vogue, Love, W, i-D, AnOther.
In the rooms, the images are placed next to the objects exhibited in the V&A that inspired them, which often were not on display but had been stored in the warehouse for years. The exhibition is an immersive experience, where one can recognize several important models, such as Sir David Attenborough, Margaret Atwood, Peter Blake and David Hockney, and a galaxy of celebrities including Tilda Swinton, Riz Ahmed, Cate Blanchett, Björk, Timothée Chalamet, Beth Ditto, Daniel Day-Lewis, just to name a few.

Project 2020: A New Arabic Edition for the Magazine and Salone delle Eccellenze in Dubai for EXPO

Our editorial activity has always been supported by a well-structured, comprehensive platform of enterprise services for business development, including networking, event management and preparatory activities for the opening of new markets. It will now be enhanced with a new magazine complementing the international edition and the Excellence Magazine Green special.
Read more
Design

A book to discover the many ways to drink Grappa, a high-quality spirit produced for the past 240 years by Nardini, one of the oldest European Companies
Read more
Load more