This luxury restaurant is described as a “game between sobriety and eccentricity”. 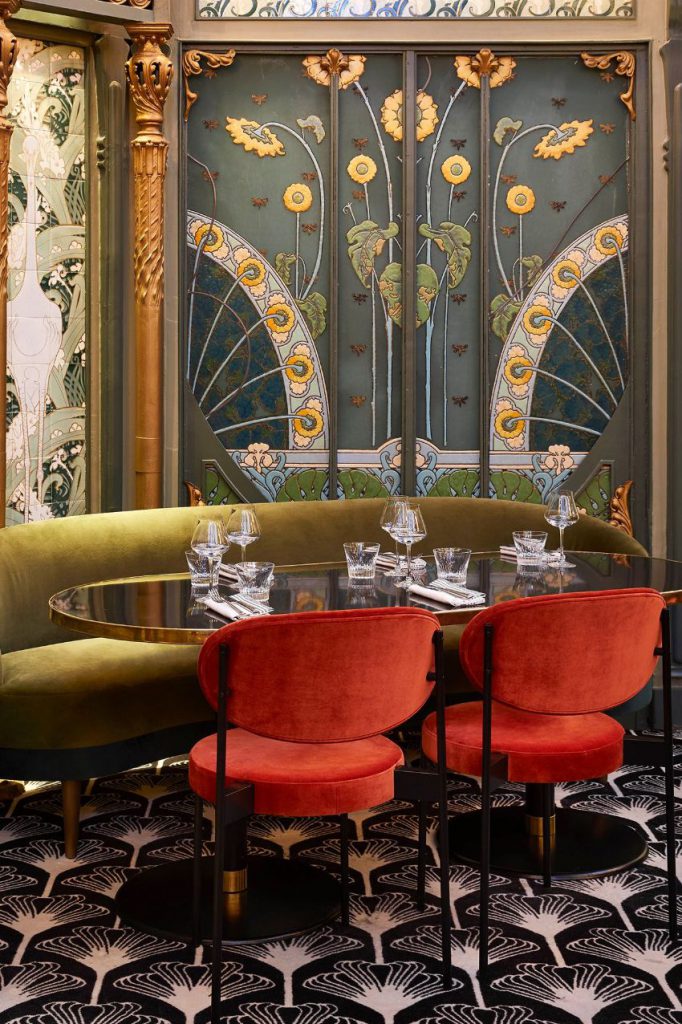 The ornate wall panels of a previously hidden 19th-century atrium informed the transformation of this luxury restaurant. This is the eighth Beefbar modern restaurant to open, joining worldwide branches in locations such as Monaco, Hong Kong, and Budapest.

Each Beefbar is different as they’re inspired by the city or country they’re in, but this one is special – all the inspiration for this project comes from the 19th-century room

say the founders of the studio, Emil Humbert and Christophe Poyet. 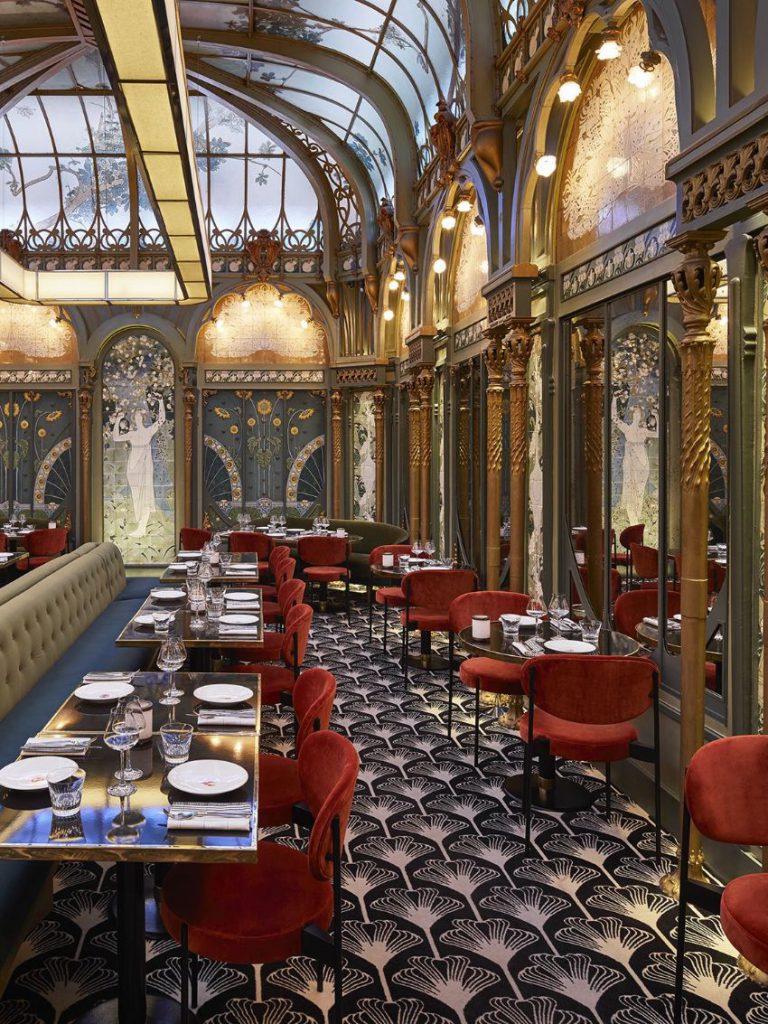 The luxury restaurant is located just off Champs Elysées, occupying the former site of prestigious eatery The Fermette Marbeuf. Although The Fermette Marbeuf opened in back in 1898, the atrium wasn’t discovered until almost 80 years later – the dining room had been walled-in since world war two when it had to be hidden from Nazis.

The modern dining room is now centered by an olive green and navy blue seating bench, echoing the hue of the foliage depicted on the wall panels. Contrast is offered by red velvet dining chairs that have been placed around brass-edged tables, matching the room’s carved gold pillars. 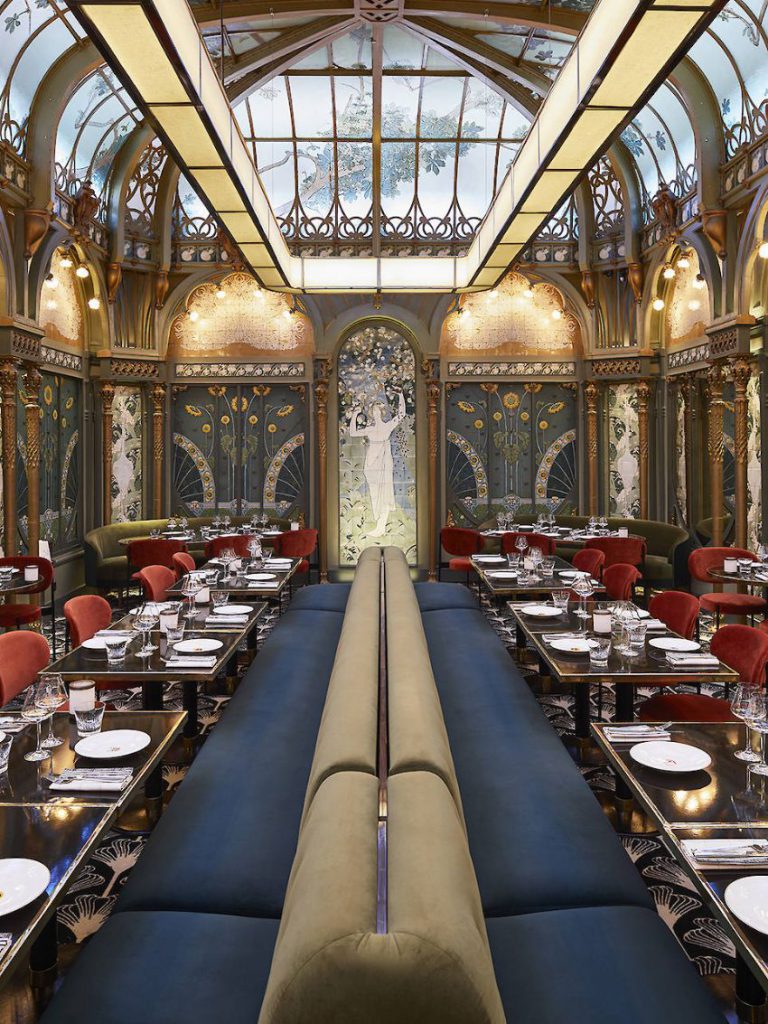 Monochromatic carpet with a spring-like motif has also been installed in the atrium, intended as a visual nod to the sunflowers seen on the walls and leafy branches that have been drawn on the ceiling providing a contemporary design. 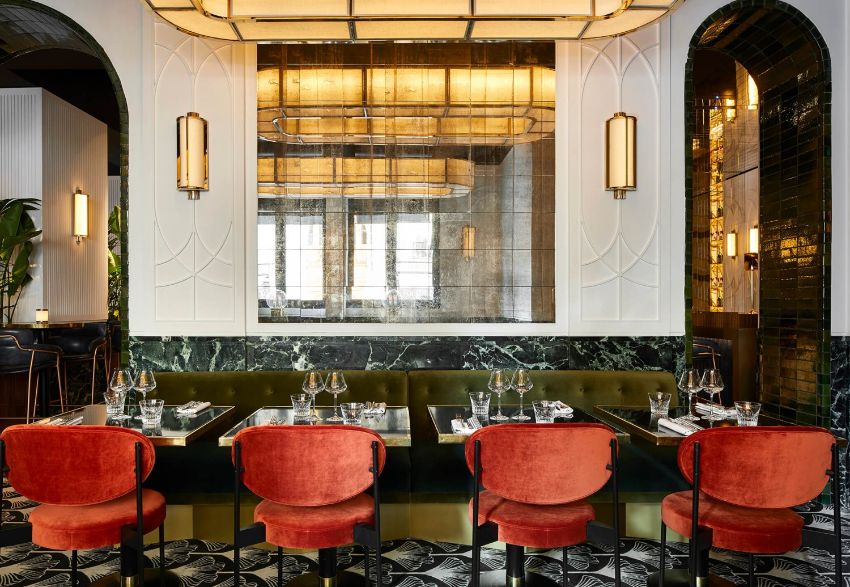 This runs through to luxury restaurant‘s adjoining rooms, where the lower half of walls have been clad in dark green marble. Arched doorways lined in glossy emerald tiles lead through to a mirrored bar area, where guests can grab a drink at more casual high tables and blue leather stools. 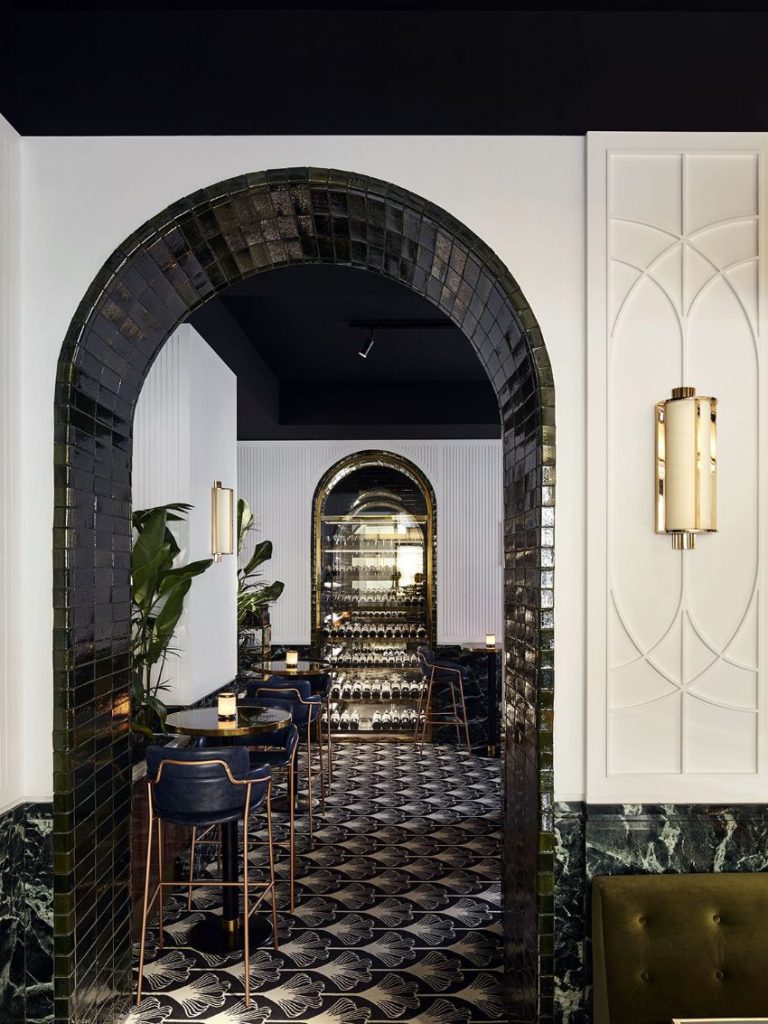 Daniel and Michel Bismut are French architects and top interior designers. They founded Bismut & Bismut, a design studio that conceives and produces personal and unique designs for residential projects and commercial projects worldwide. Refusing to be classified, Michel and Daniel lead a transversal reflection through a large variety of orders of various scales.
Read more
Escape

As a reference in the modern design world, we bring to you some of the most creative works made by Zaha Hadid: take a step inside the first ME by Meliá hotel in Dubai, a boundary-breaking architectural masterpiece located in The Opus, one of the most highly anticipated buildings of 2020
Read more