A new challenge started for Giovanni Soldini and Maserati Multi 70 as they set sail from Fort Charlotte, Antigua, for the 12th edition of the RORC Caribbean 600

Organized by the Royal Ocean Racing Club, this edition of the race saw 74 participants from over 20 different countries, split into 8 classes. Besides Maserati Multi 70, seven more multihulls took part in the race.

The RORC Caribbean 600 was the first race for Maserati Multi 70 with its new, already iconic mainsail, which was raised last February 21 and gave a world preview of the logo of the MC20, the Maserati sport supercar to be unveiled late May in Modena, Italy.

Giovanni Soldini’s tribute to Maserati and the engineers from the Maserati Innovation Lab, who managed to transfer the latest Maserati innovations to this high-performance trimaran.

The multihull class included Maserati Multi 70’s direct contestants, like two 70-foots it had already competed against multiple times: American Argo with skipper Jason Carroll, and English PowerPlay, skippered by Peter Cunningham. After developing a wing-like foil and rudder system in the past few months, Argo sailed in MOD mode at this race, due to technical issues with the foiling parts.

The weather conditions were not favorable at this edition of the race, with models indicating unstable trade wind, and light winds in the first 12 hours of the race.

A few seconds before leaving the moorings, Giovanni Soldini said: “With its foils, Maserati Multi 70 does its best with winds at around 15 knots, so these conditions aren’t ideal. But we’ll do the impossible, as usual. We’re really happy to be taking part in this edition of the race, which promises to be a hard-fought, competitive one. We have top-level competitors, so we’ll have to give everything and never give up. No doubt this is going to be an exciting race!”

The race course is 600 miles long, and starts and finishes in Fort Charlotte, Antigua, taking in 11 islands in the Lesser Antilles, in the Caribbean. As the starting signal went off, ships headed North to go past the Barbuda, Nevis, Saba and Saint Barth islands, then rounded Saint Martin and sped southwards to Guadalupe. After rounding the island, they went northwards again to reach the last seamark offshore the Bermuda island, and finally headed for the finish line back in Antigua. A varied course requiring several maneuvers, with different winds and currents that make the race particularly challenging and exciting. 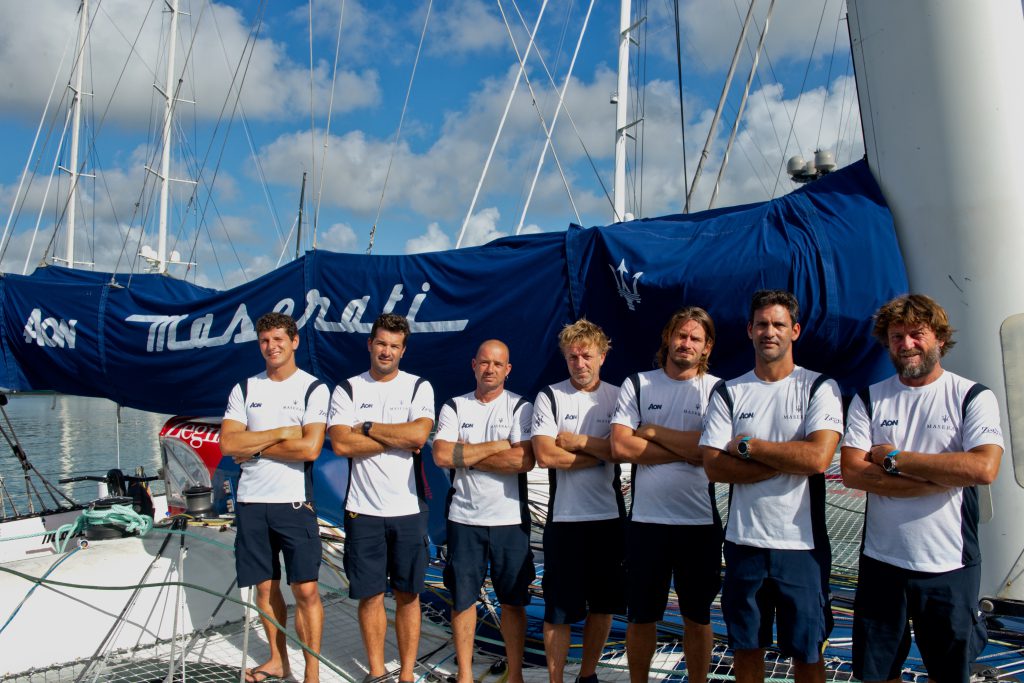 The race speed record was set by Giovanni Soldini himself: in 2019, Maserati Multi 70 crossed the finish line with a time of 1 day, 6 hours and 49 minutes.