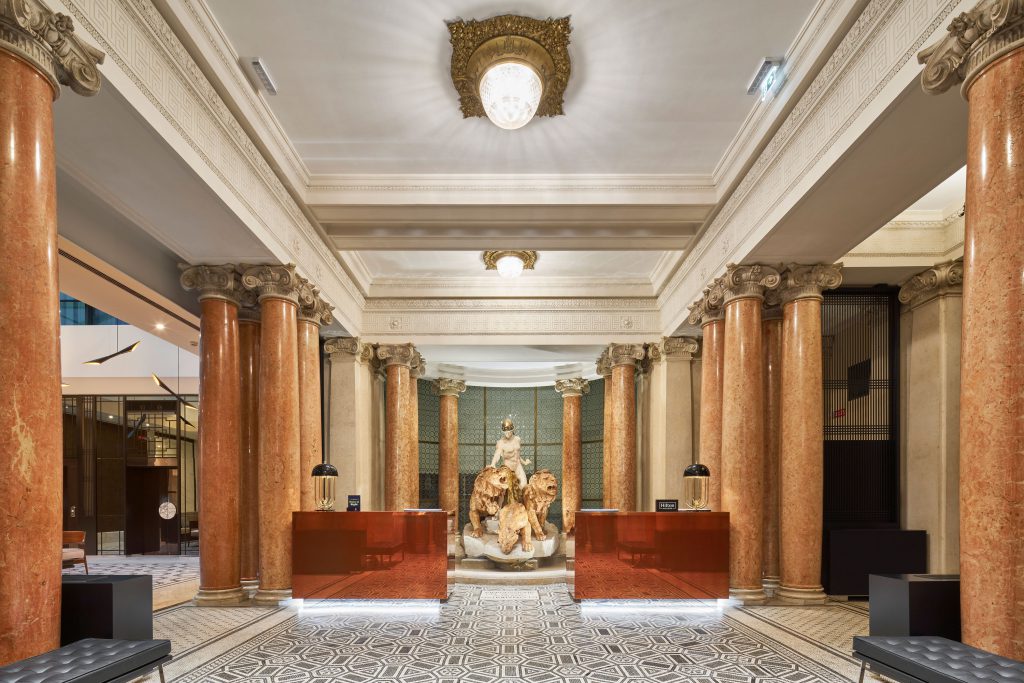 When the building of DoubleTree by Hilton Trieste was built, between 1911 and 1913, Trieste was the second largest city in Austria, the third in the Hapsburg Empire, and the first port in the Adriatic sea for passenger and freight traffic. Designed by architects Ruggero and Arduino Berlam, the building became the headquarters to RAS, an Italian insurance company established in 1838.

DoubleTree by Hilton Trieste counts 125 elegant rooms, including 25 suites, each unique with its own perfect blend of past and present. The modern design mixes with the mosaics, the original floors and the frescoed ceilings. The old elevator, the first ever introduced in the city, links the floors, and all rooms are decorated with ancient details like fireplaces and glass doors, back to their old charm and glory. The three Historical Deluxe Rooms have wooden ceilings, lamps and floors, and one of them, the Archive Suite, used to be the insurance company’s archive. 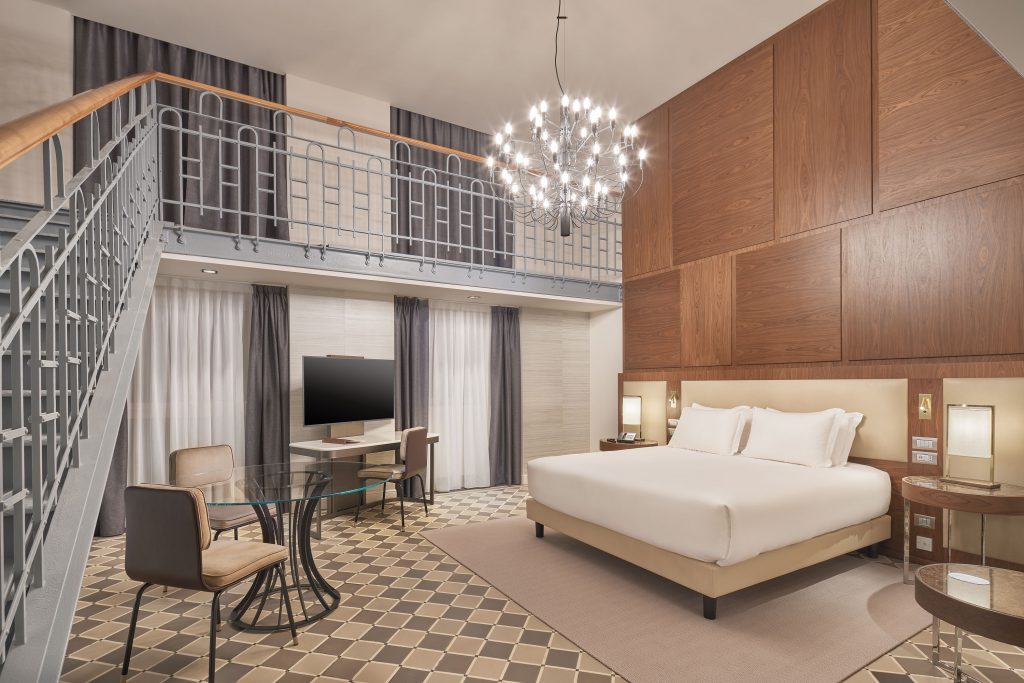 The whole hotel recalls history. Trieste’s authentic “nero”, an espresso in a small cup, can be tasted at the Berlam Coffee Tea & Cocktail, whose name celebrates the architects behind the building’s project. Novecento Restaurant Trieste offers traditional and international dishes made with the finest local ingredients, and is a tribute to the years when Trieste used to be a major cultural center. 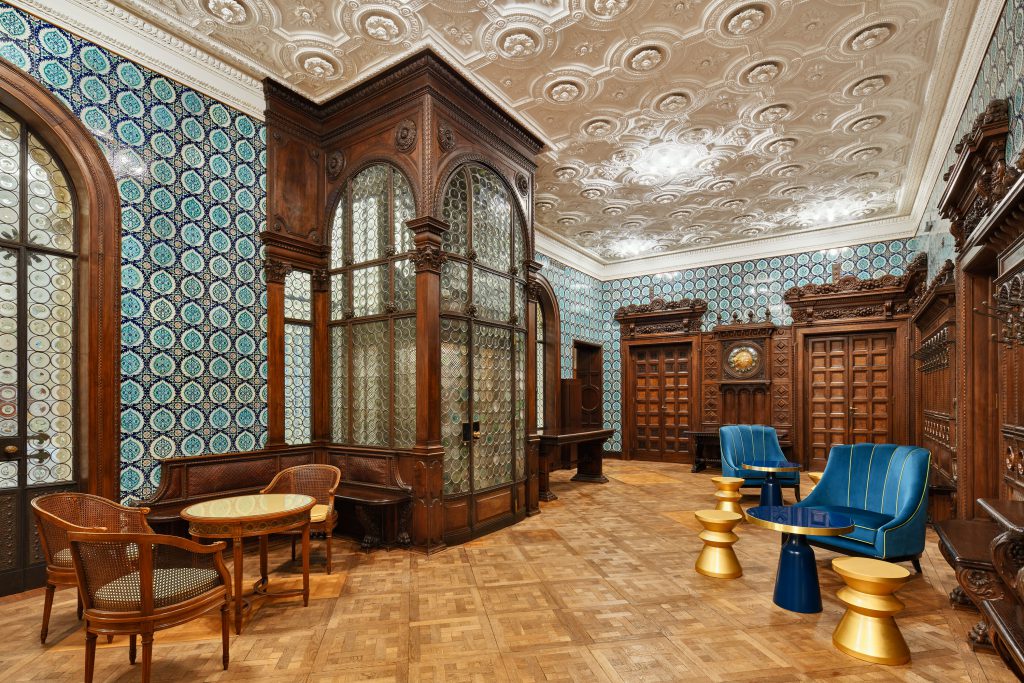 Located 270 miles from Milan and 310 from Budapest, Trieste is the northest point in the Mediterranean. Inextricably tied to the Bora, the gusts of wind that intrigue tourists, Trieste is a mix of Slavic accents, Balkan colors, Hapsburg memories, and Italian pleasures, to be found in squares and streets following the coffee aroma. In Trieste, coffee is drunk, but mostly breathed. Every street, every building has ties to coffee – importers, warehouses, roasteries… In the charming, historical cafés, asking for a coffee is simply not enough; for an espresso, you should ask for a “nero”, and for a macchiato in a glass, you should ask for a “capo in B”, while a “gocciato” is coffee with a drop (“goccia”) of foam in it. 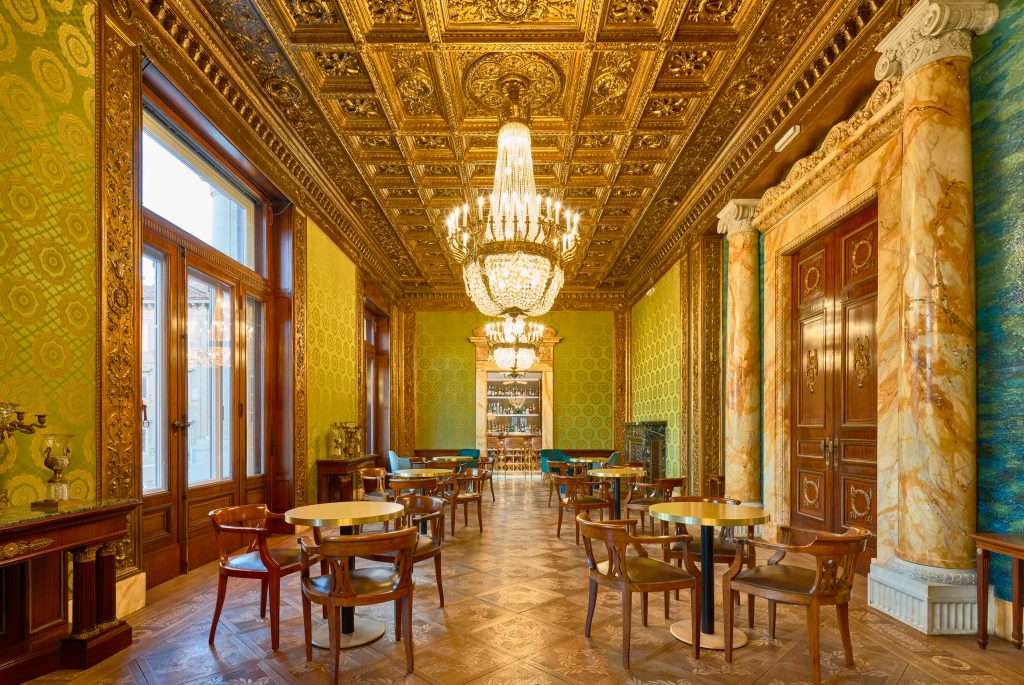 From DoubleTree by Hilton Trieste, a few steps lead to Piazza Unità d’Italia, the largest in Europe and the city’s salon on the sea, and to the Trieste’s Museum of Far Eastern Art, housing unique collections, objects, works and testimonies of Trieste’s relationships with the East.

Guests who prefer to be pampered at the hotel may enjoy the exclusive Wellness Area, a modern oasis of wellness and relaxation for the body and soul. 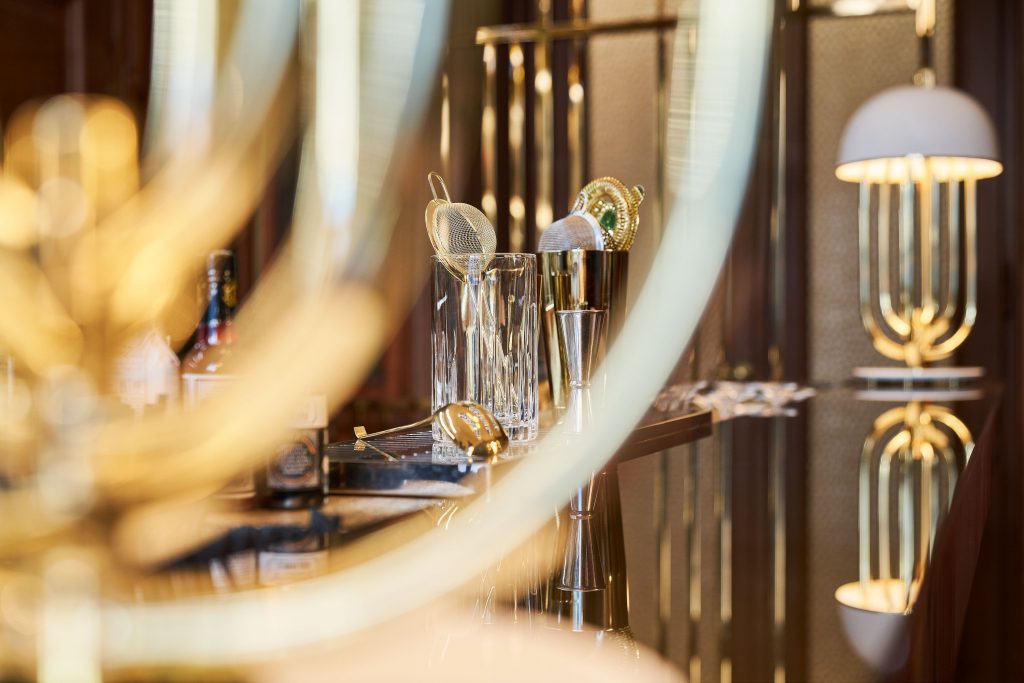 DoubleTree by Hilton Trieste offers the same warming welcome for which the brand stands out all over the world, with over 954,000 rooms in 117 countries. Everything starts from a fragrant chocolate chip cookie, a small detail that sets the right ambiance for the whole stay to be a pleasant, unforgettable experience.