Divinatione, near the Dior’s fashion show, an Art, Fashion, design and culture event in Lecce

As Christian Dior’s fashion show approaches, for one week, the precious church of Santa Maria della Nova will be the evocative setting of DIVINATIONE an “event of events” open to everyone where art, fashion, design, culture and entertainment blend in an inspired, inspiring mix.

There is no creativity that does not come from the Divine

says designer Pietro Paradiso, the creator and artistic director of DIVINATIONE, an event born of the intention to tie bonds among artists, whose imagination and skilful crafting are the result of a unique, superior mind that sees everything and keeps peace. 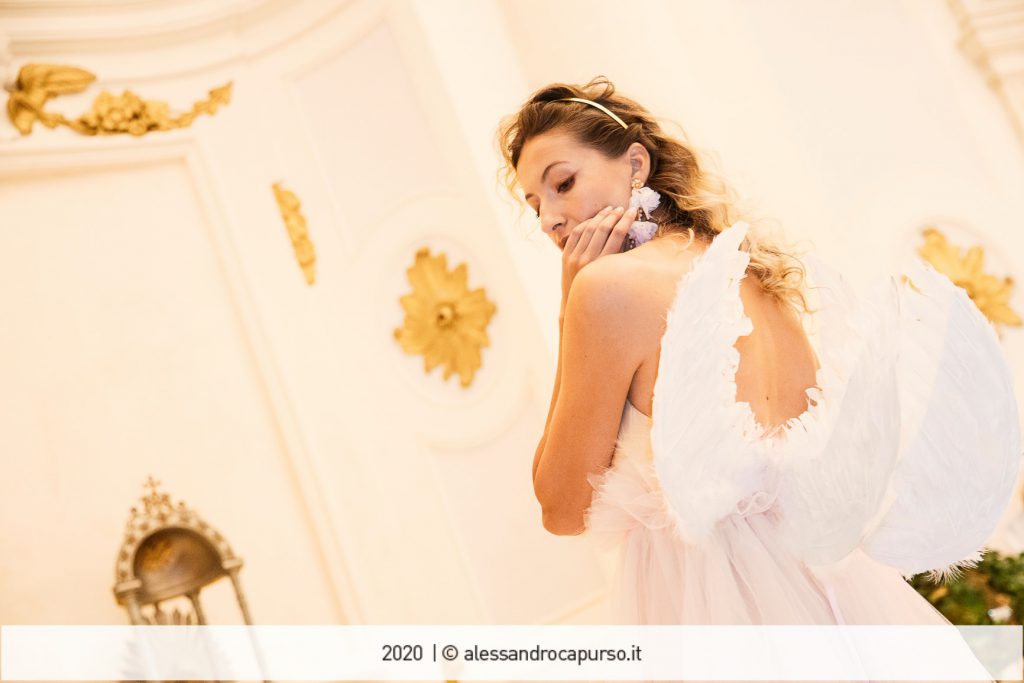 The project has now landed in Salento to prepare and introduce Christian Dior’s fashion show, in order to allow anyone unable to attend to join the exclusive festive ambiance of Lecce, the city of ochre light and Baroque laces, awakening from a tough winter to rediscover all its beauty, elegance, charm and spirituality. 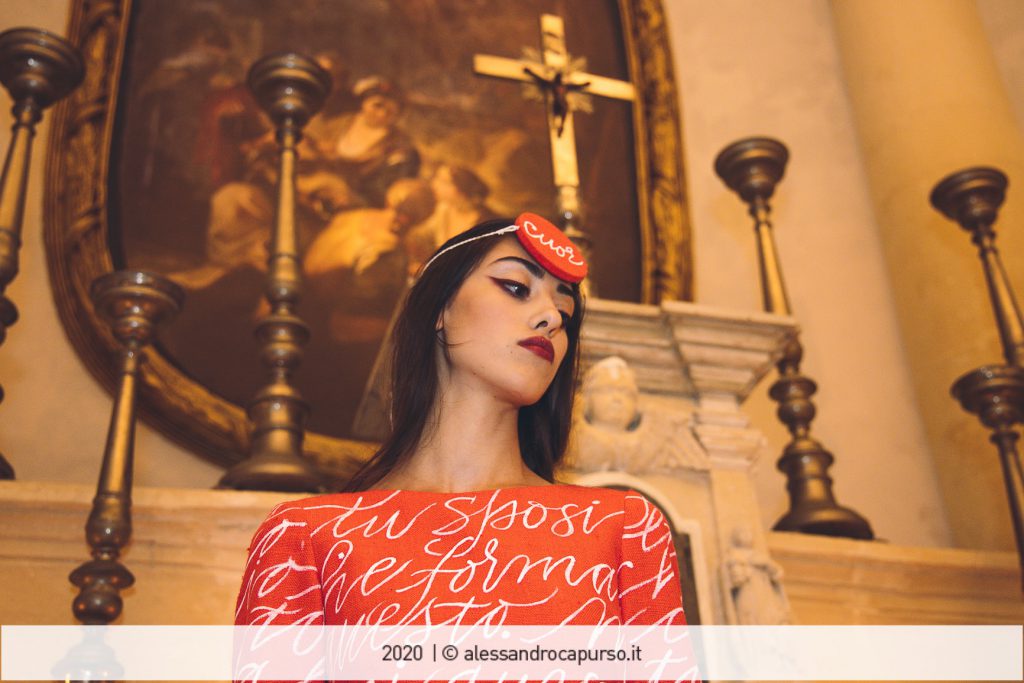 For a whole week, from Sunday 19 to Sunday 26 July 2020, in the splendid setting of the church of Santa Maria della Nova in via Idomeneo, a few steps from Porta Napoli, the audience will have a chance to contemplate creations by a group of artists with a fashion and design background, whose handcrafted pieces are a guarantee of quality and uniqueness, besides setting an example of circular economy. 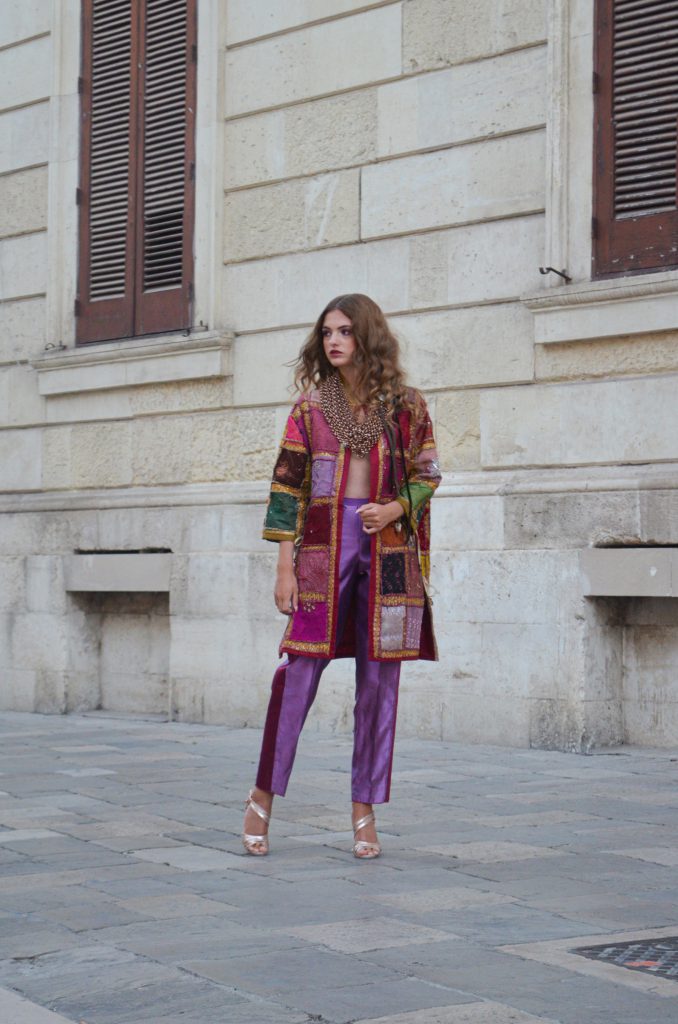 In addition to this permanent exclusive exhibition-market, DIVINATIONE will host three cultural events which visitors will be free to participate in. 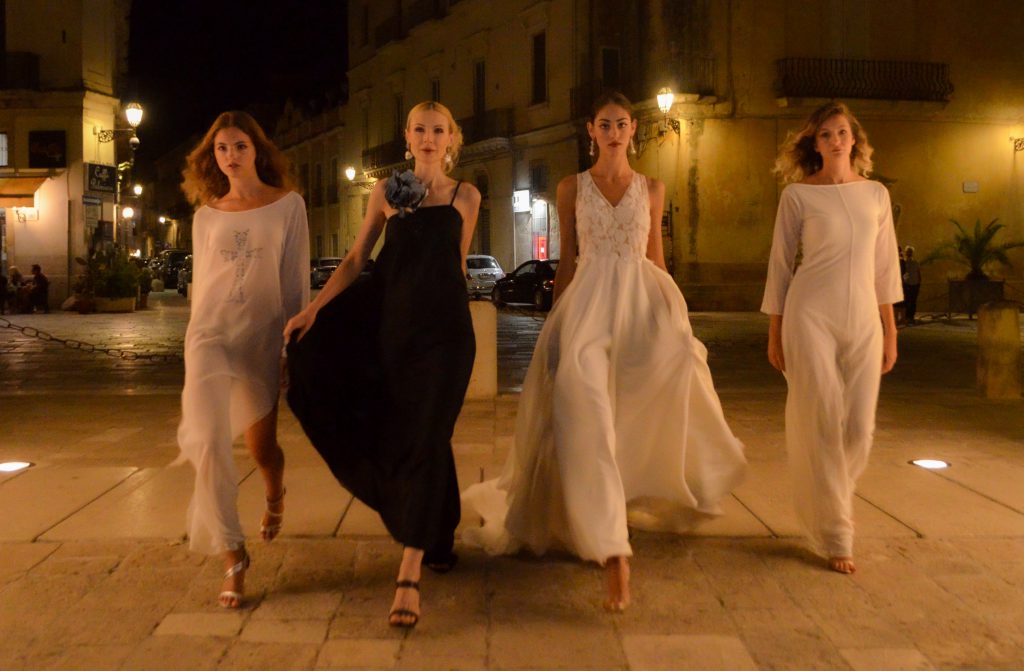 On Tuesday, July 21, at 9pm, the first was the show “ANGELI A LECCE”, created and hosted by Giulietta Bandiera, a journalist, writer, and TV author for Italian broadcasters Rai and Mediaset. During the evenings, excerpts from an ancient “angelic dictate” that still talks to the heart today will be projected in the candlelight, to the marvelous notes of a live harp concert by musician Dolores Carlianò, from Lecce. 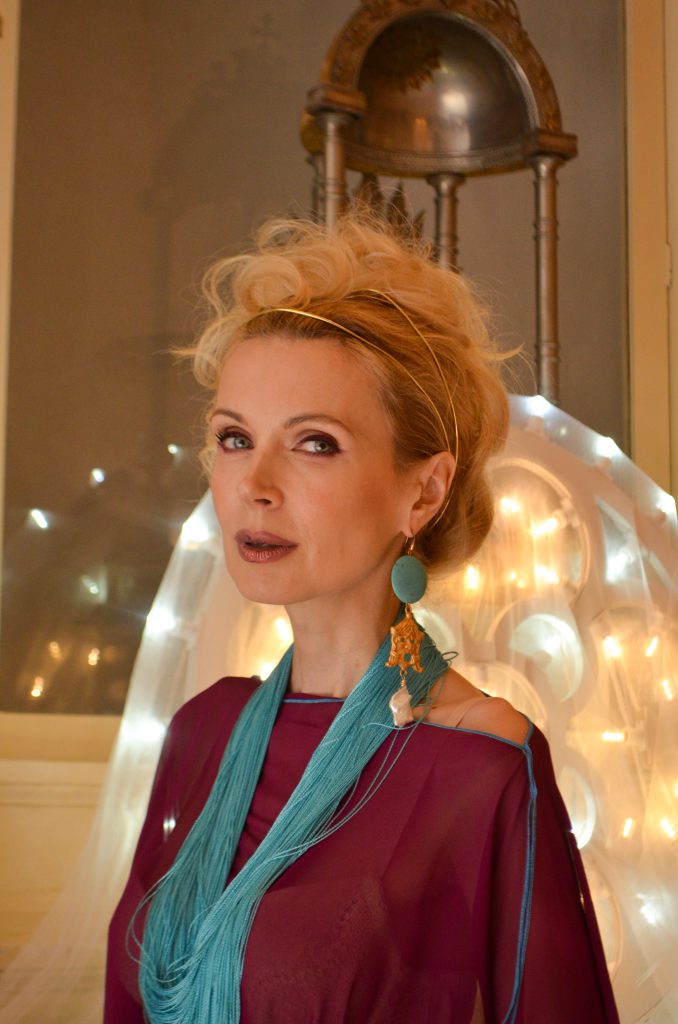 The workshop “MODA ED ECONOMIA CIRCOLARE” (fashion and circular economy) will follow on Saturday, July 25, from 10am, and will be curated by Salvatore Calcagnile, an engineer, businessman, project manager, and the chairman of the “Lecce Santa Croce” Lions Club. 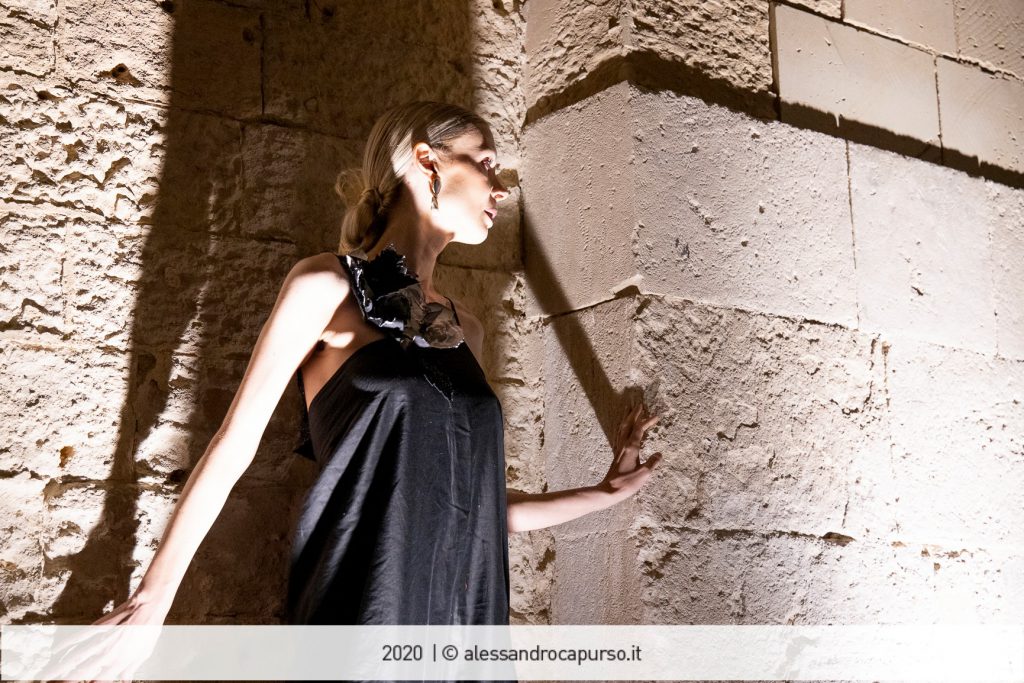 Last, on Sunday, July 26, at 7pm, the initiative will end with the charity event “SOUL SHIRT”, curated by Pietro Paradiso and Uì Together, an association gathering patients, doctors and nurses from the Giovanni Paolo II oncologic hospital in Bari, united in their commitment to women’s cancer prevention and support.

The project involves the presentation of seven T-shirts, each bearing a motto that is meant as a hope message to leave all pain behind and heal. Born of Pietro Paradiso’s creativity, the project raises awareness by using a fashion piece to educate on the chance of growing and feeling connected with everything around us. The T-shirt thus becomes a protective piece of clothing, and it is no coincidence that it is part of the sensorial workshop for women assisted by cancer research associations; it is meant as a representation of the act of giving. The event will be attended by some active affiliates of “Al Jalil Yoga” center in Matera, directed by Rosalia Stellacci; they will chant a mantra which the whole audience will be invited to join spontaneously, to feel the spirit of union that DIVINATIONE intends to spread.

PIETRO PARADISO, Gioia del Colle (Ba). A high-fashion designer and the artistic director of DIVINATIONE. Totally free from fashion’s dictates, he uses his contemplative creativity to create art pieces to wear from old fabrics like hemp, wools not carded, Indian sharis and Japanese obis, mixing them in beautiful dresses that do good to the soul, enhance femininity, and spread messages of unity between the peoples, like his famous kaftans, considered as true must-haves.

ESMERALDA COLUCCI, Gioia del Colle (Ba). An architect turned creator of jewels and fashion accessories, inspired by her love for her homeland, Puglia, and its colors, fragrances, winds and sky, which leave traces in her pieces – her original choices of materials, innovating accessories, harmonious shapes, and taste for beauty, as beautiful are those who wear her creations.

HÀGIOS BY GERRI ERRICO, Cerignola (FG). A sensory fashion designer and an artist constantly searching, he skillfully creates a fashion that he defines as sacred and profane at once. Embroideries, cut-outs and appliqués are what his densely sacred pieces stand out for. Unique, unrepeatable pieces created to mirror the wearer’s soul. Inspired by the Scriptures, Hagios Atelier weaves “sacred robes” to celebrate the divine light, glory and splendor.

MARTA LAGNA, Corigliano d’Otranto (Le). An internationally-renowned calligraphist and copyist, and a former medical and scientific journalist, she has worked for major fashion houses like Fendi, Gucci, Valentino, Dior, Cartier and Louis Vuitton. After long years in Rome, she moved back to Salento, her homeland. Here, she owns Martapuntoink, where she creates hand-made furnishings that carry messages of love and beauty.

VITO GURRADO, Bari. A fine creator of designer jewellery, he is internationally recognized as a versatile artist (a sculptor, painter, designer and goldsmith), but he does not identify with any particular artistic movement, as he believes that art cannot be “labeled”. He was the artistic director of the fifth edition of Art Fashion Dream in Matera, and he opened the “Vito Gurrado Museum” in Bari, but some of his creations are featured in important royal private collections and several other museums around the world.

MICHY HANDMADE, Maglie (Le), recycles, reuses and reinvents objects and materials that become unmistakable accessories and jewels. It invites to give waste materials a second chance, so that accurate hand-crafting can make them fashion objects recalling the beautiful colors and shapes of Salento’s landscapes. A must-have is the “La Favolosa” earring, inspired by a particular olive tree species, immune from xylella.

DOLORES MAURO, Lecce, presents her exclusive “Habitus” collection, which dresses people in wellbeing with its unique, unmistakable essence by using natural and sustainable fabrics that resonates with the vibrations of the body, decorated by hand by calligraphist Marta Lagna with lines telling about self-love and appreciation for the universe that we are part of.

IDA CHIATANTE, Martina Franca (Ta), a fashion designer graduated in Industrial Design and specialized in “Fashion and Communication” and “Design of accessories and fabrics”. She has worked for major fashion firms particularly involved in Made in Italy. Her creations are born of a constant research, and blends traditional crafts with new design scenarios.

BORBONE BORSE BY ANNA BONAFEDE, Catania. The colors of the sun, the sea and nature,  set in unique hand-made pieces, become expressions of art, sophistication and bonds with the land. The artsy bags designed for Borbone by Anna Bonafede take shape from the union of past and future, tradition and innovation, elegance and art. With this mind, from a symbol of Sicily’s folklore, these bags become prestigious artistic fashion pieces. 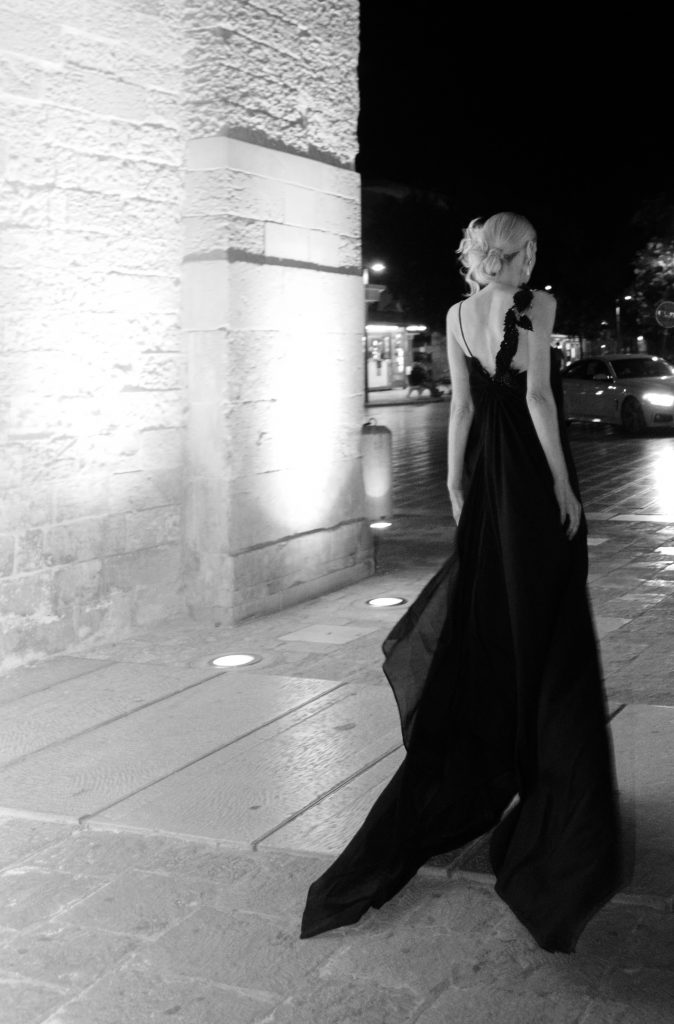