Life Beyond Plastic, the competition for ideas on the theme of environmental sustainability was won by the artist Matteo Vettorello with an interactive sculpture, operated by two voices, in harmony in a square in Milan: an invitation to ecological action.

It is Sintonizzatore di decongestione ambientale, the work of the artist Matteo Vettorello, winner of the Life Beyond Plastic call, launched in the autumn of 2019 by Istituto Oikos in collaboration with HelpCode Italia, Acquario di Genova, Comune di Milano and Muse – Museo delle Sciences of Trento, to invite young artists to reflect on the theme of environmental sustainability with the proposal of a site-specific public art installation. 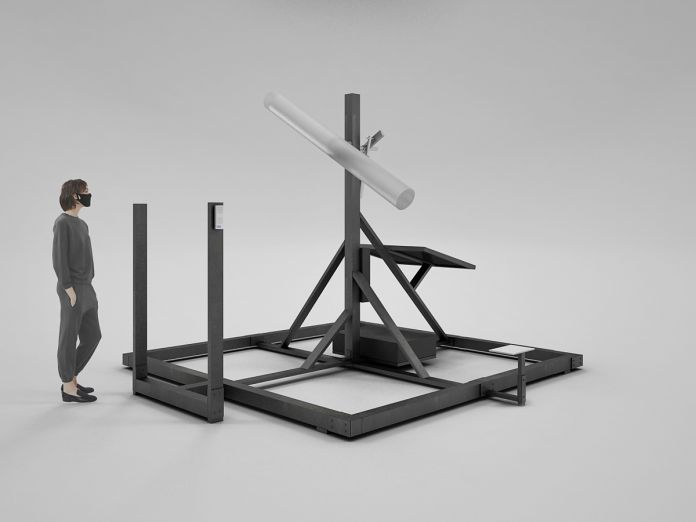 Despite the numerous applications to participate in the announcement, the jury – composed of the artist Maria Cristina Finucci as artistic director, the architect and urban planner Stefano Boeri president of the jury and two jurors for each city – was able to decree only 3 winners: Valentina Furian, hosted at the MUSE – Science Museum of Trento in the months just passed with the work Nautilus, Riccardo Buonafede, with the installation PLASTIC EGO/PLASTINSIDE, soon to be inaugurated at the Genoa Aquarium, and Vettorello with the Tuner of decongestion project for two weeks that attracted the attention of passers-by in the central Piazza XXIV Maggio, one of the squares in Milan with the highest monumental density.

The goal of Vettorello’s work? To shake each of us from his ecological apathy and convince him to immediately stop polluting the environment, adopting increasingly sustainable models of production and consumption.

To do this, the artist created this sound sculpture very similar to a large rain stick, set in motion by the combined action of two voices in tune. The continuity of the oscillation of the tube depends on their harmony, as a biometric device capable of measuring their ability to perceive the present and therefore to guide the entire operation with awareness. Let’s relive this ritual and ancestral experience thanks to the video made by Maurangelo Quagliarella.

For this 30th edition, the elite of vintage car racing and extraordinary cars met in Mantua, where the event starts and ends, to celebrate the legend of Tazio Nuvolari, the pilot who marked the 20th century’s history the most
Read more
Art & Design

"Give" is a gift from the artist and his gallery to the city of Pietrasanta, where it will be installed in the International Sculpture Park in September and where it will be part of a UN project against climate change
Read more
Art & Design

Pietrasanta is confirmed as the capital of contemporary art. Saturday, July 25, the "Collectors Night" returns, the night most loved by collectors, which collects the exhibition proposals of eight galleries of excellence in the Italian panorama, all registered with the National Association of Modern and Contemporary Art Galleries
Read more