Mantua, 10am. In Piazza Sordello, almost all cars are already lined up, and the day promises to be a hot one … Not just for temperatures, which will reach 30°C, but also and mostly for the feeling of competition that fills the air. After all, everything pivots on the legend that in last century, repeatedly, or rather always proved competitive and determined, until his passing on August 11, 1953 emotionally moved the Mille Miglia men: Renzo Castagneto, Aymo Maggi and Giovanni Canestrini, the trio that with Franco Mazzotti, who died during World War II, had designed and created what Enzo Ferrari described as “the most beautiful race in the world”. 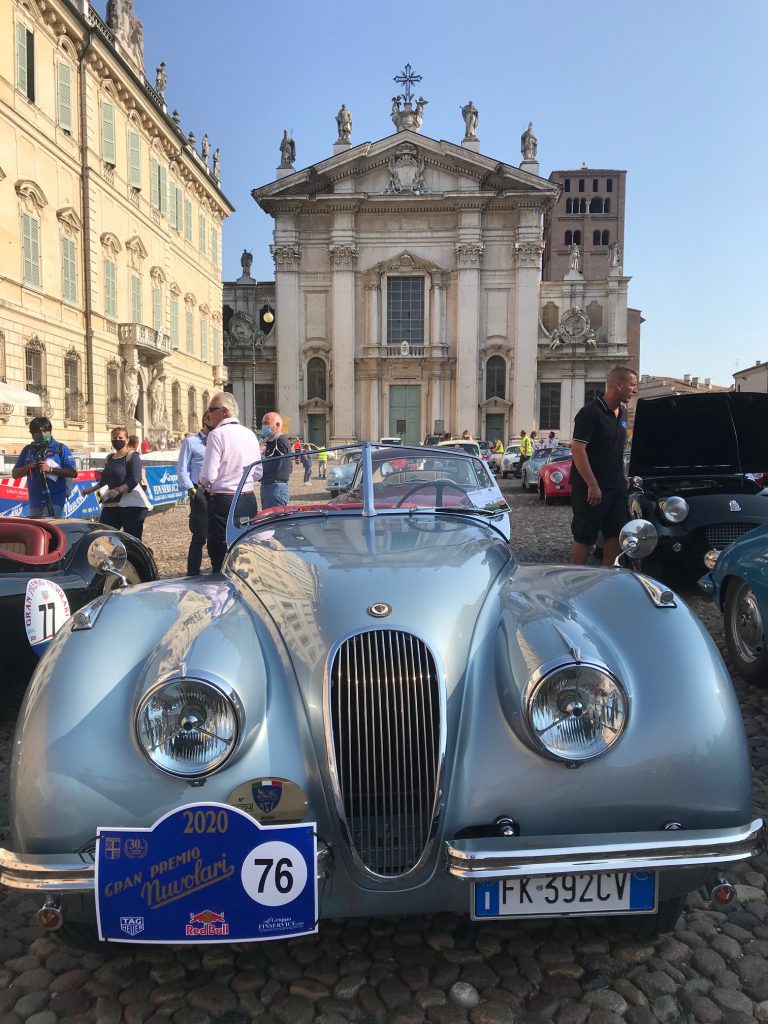 Castagneto and his friends shared a deep bond with that pilot from Mantua. They loved and valued his as a man, and admired him as a great champion, but were mostly grateful to him for being one of those who contributed to the development and fame of the Mille Miglia the most. For this reason, they changed the traditional race route so that it passed through Mantova. This is when the Gran Premio Nuvolari was introduced, a grand prix meant to honor the fastest driver, and as such, to be competed on the long straights of the Po Valley, starting from Cremona to pass through Mantua and finally cross the finish line in Brescia. 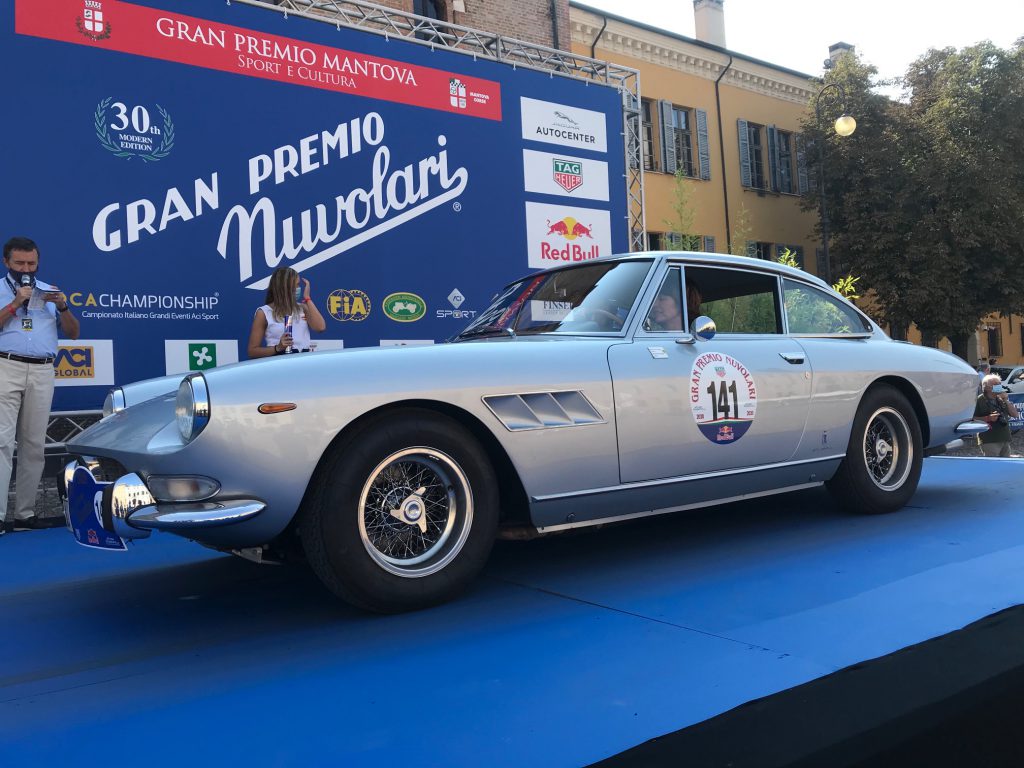 In addition to the fourth historical editions held between 1954 and 1957 by the will of the founders of the Mille Miglia, 29 commemorating editions of the Gran Premio Nuvolari have taken place so far in the format of international regularity events reserved to classic cars.

For this 30th edition, the elite of vintage car racing and extraordinary cars met in Mantua, where the event starts and ends, to celebrate the legend of Tazio Nuvolari, the pilot who marked the 20th century’s history the most. This Gran Premio is an important sign of recovery for the whole historic racing industry after the tough months of the pandemic. Regarding this, all required protocols have been adopted in order to ensure the participants’ safety and a smooth race, which celebrates a major milestone for the organizers, the city of Mantua, and all enthusiasts.

The Gran Premio is a unique chance to see close-up these legendary vintage cars that made the history of global racing, gathering once again this year for one of the most fascinating races in the world. The legend of great Nuvolari still resonates and lingers, and comes to life again every year with the Gran Premio, thanks to the myriad of enthusiasts who share the emotions of an exceptional ride in true masterpieces of mechanics.

For this peculiar edition, Mantua welcomed 150 crews from different European countries, including Austria, Germany, the United Kingdom, Italy, Luxembourg, the Netherlands, the Republic of San Marino, Spain and Switzerland, all eager to challenge themselves in one of the most beautiful races in the world along the roads of Italy, enjoying the marvelous local beauties and the warmth that only fans of the most authentic racing can give.

Twenty-eight car companies lined up at the starting line: from Italian Alfa Romeo, Fiat, Lancia, Maserati, Ferrari and OM to British Triumph, Aston Martin, Jaguar and Bentley; from German Mercedes, BMW and Porsche to the French models by Ettore Bugatti. Over fifty pre-war cars are also taking part in the race. 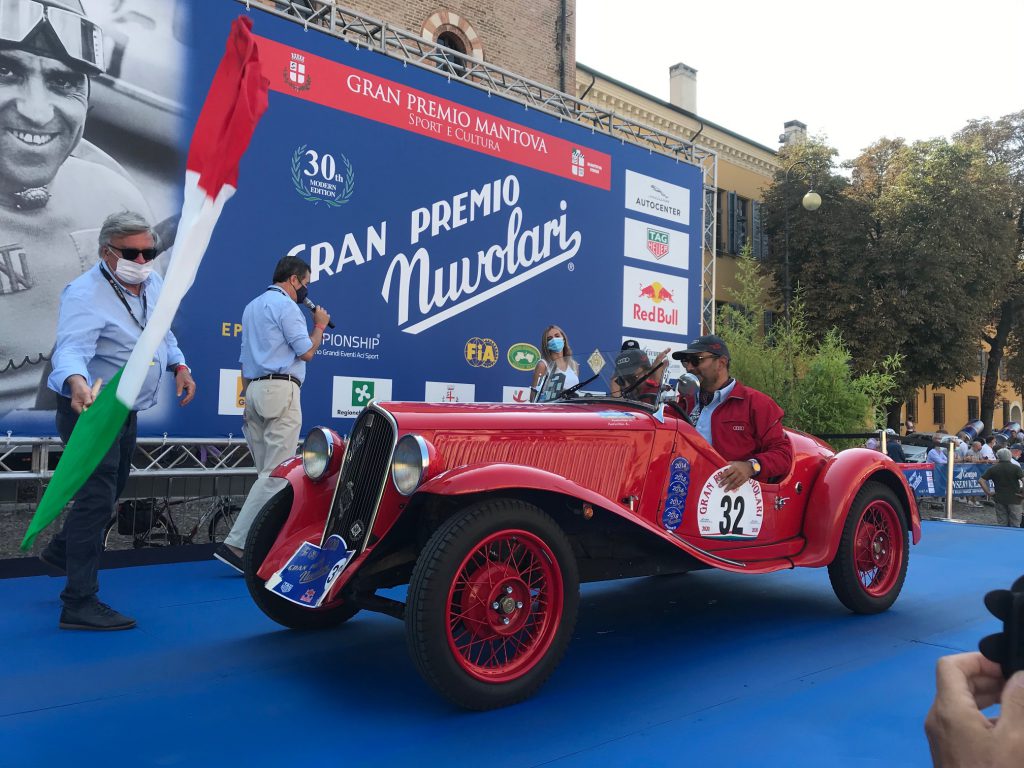 Organized by Mantova Corse with the usual professional expertise, the regularity event is reserved to historically significant cars built by 1976, in compliance with F.I.A., F.I.V.A. and ACI Sport’s rules.

This year’s great new addition is the “GP Nuvolari Green” project. Mantova Corse will adopt a conscious approach to sustainability and the protection of the environment, and actively commit to plant tall trees in selected areas around Mantua, in order to offset and eliminate the overall carbon emissions produced by the participating vintage cars.

The banner of the Lion of San Marco returns to wave to kick off the Venice Hospitality Challenge: the seventh edition of the Grand Prix sailing of the City of Venice was presented a few days ago at The Gritti Palace in Venice, which won last year
Read more
Sky Land Sea

The 60th edition of the Genoa International Boat Show, scheduled to take place from 1st to 6th October 2020, will not only mark the finalisation of the San Giorgio Bridge, completed in record time, it will be a beacon of social responsibility and resilience, showing the world what Italian determination and know-how can accomplish
Read more